Coming out in pro sports is no longer a career-ender. It’s only just the start of it.

This time last year, a Twitter account entitled The Gay Footballer, allegedly from an anonymous Championship footballer who intended to come out as gay, swiftly gained 50,000 followers and a lot of media attention. The account holder claimed to be a professional footballer who would imminently reveal his identity. But one day before the account holder pledged to do so, a Tweet was posted: “I thought I was stronger. I was wrong“. The account was then deleted. If the account were legitimate, he would have made history: the first active professional male footballer to come out publicly since Justin Fashanu in 1990.

Justin tragically ended his life eight years after coming out as gay. Only last month, The Justin Fashanu Foundation shared an open letter with the national media, in which a gay Premier League footballer revealed his fears of coming out publicly: “I don’t feel ready to share it with my team or my manager…It is affecting my mental health more and more. I feel trapped and my fear is disclosing the truth about what I am will only make things worse.”

No one should ever have to feel like this. And likewise, no one should ever be pressured into coming out when they’re not ready to. But I think the world is absolutely ready for it. Professional athletes no longer need to wait until retirement to be who they are.

It’s unlikely that every single male player in top-flight British football identifies as straight. Yet there are still no openly gay male footballers in England’s top four divisions. It takes, however, just one brave individual to start a revolution. To become the trailblazing ‘first’ of one less momentous firsts, and to lead the way for many more, by successfully proving that being your authentic self can ultimately enrich your life, your mental wellness, and indeed your career and your craft.

Abuse from the fans has been a long-time concern for gay athletes, and understandably so. There’s no doubt that considerable work still needs to be done to confront and eliminate discrimination towards the LGBTQ+ community among football fans.

But there are positive signs that attitudes are shifting. A YouGov survey conducted last year revealed that almost half of the participants said they would like to see more LGBTQI+ people across all levels of the game – including players, managers and coaching staff. 80% of fans also said they would be uncomfortable hearing homophobic abuse at a match.

FIFA are backing more and more Pride-based football events and Stonewall’s highly-publicised Rainbow Laces campaign to promote equality and inclusivity in the sporting world has successfully generated lots of positive engagement and awareness over the years. 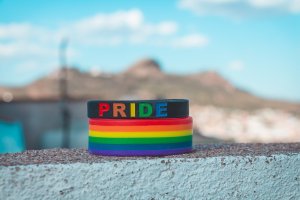 More and more young and emerging players are using their platforms to support gay rights. As are the well-established. Voicing their support for equality ahead of Liverpool Pride this year, Everton players Richarlison and Lucas Digne publicly stated that, “Everyone must be treated…with respect and equality”, and that they would fully support a player coming out as gay. Everton have remained strong advocates for inclusion in society and run their own LGBTQI+ supporters’ group, Rainbow Toffees. Chelsea FC continue to be more vocal and visible in their efforts to address issues of diversity in football and since 2018, the Club’s Building Bridges campaign has worked tirelessly with LGBTQI+ fans, its own workforce and campaigning groups to ensure it’s a “safe and inclusive club for LGBTQ people, their families and friends.” UK soap operas are even trying to raise awareness and make this issue a national talking point, with Coronation Street recently praised for its well-received storyline about gay footballer, James Bailey.

In the 1980s, athletes like Martina Navratilova and Billie Jean King lost lucrative endorsement deals when they came out publicly as gay. Diving legend Greg Louganis said that he was passed over for many opportunities once his sexuality and HIV status were public knowledge. Fast forward to 2020, however, and – with the right media management support in place to help them communicate their truth in a clear, honest way that galvanises public support and understanding – coming out does not portend the same damage to an athlete’s reputation, brand image and marketability like it once did.

These days, sponsors and brands that invest in athletes want to demonstrate their inclusion and promote their commitment to diversity. They are far more conscious of their image and social responsibility, and want to be on the right side of history. They recognise that diversity can actually boost an athlete’s marketability and that they themselves can benefit significantly from collaborating with LGBTQI+ talent.

Brands can share in the positive buzz if they align themselves with someone who is being lauded in the media and in the court of public opinion for bravely coming out. It’s also an opportunity for potential corporate sponsors to tap into and connect with the sizable online followings that many athletes have. For companies hoping to establish a dialogue with large millennial audiences, collaborations with athletes that have such an influential and far-reaching social media presence is a smart move.

Brands want to associate themselves with people that are popular. Gay athletes like Adam Rippon and Gus Kenworthy have amassed hundreds of thousands of followers and subscribers on Instagram, Twitter and YouTube. So it’s no wonder brands like Samsung, Monster Energy, Nike, Deloitte, Visa and Ralph Lauren were itching to partner with them. After Tom Daley opened up about his sexuality in a YouTube video in late 2013, he was flooded with messages of support from fans, celebrities and the national media. Within a day of upload, the video accrued four and a half million views and in 2014, Tom was appointed UK brand ambassador of Adidas NEO Label. Coming out certainly didn’t scupper his corporate sponsorship potential.

Even the entertainment industry – long regarded as being far more accepting and inclusive than the sporting world – has experienced a paradigm shift in recent years.

In a 2009 interview with The Guardian, Rupert Everett once said: “I would not advise any actor…if he was really thinking of his career, to come out.” Indeed, Rupert has often re-stated his opinion that being openly gay negatively impacted his career and cost him roles. But in 2020 is there still a reluctance for studio and television executives to cast known gay actors as straight characters?

I don’t think so. A decade on and studios have become far more integrated and inclusive in their casting. And there is less pressure for openly gay actors to subscribe and conform to heterosexual ideals in order to enjoy a successful career and play lots of different roles.

Would we have seen an openly gay actor 10 years ago carrying a network action series or playing the romantic lead? Unlikely. But we are now. Gay actors are no longer solely just the psychotic villain, the gay best friend or a peripheral character or plot device used to advance the narrative and inform the actions of the straight leads. And being gay no longer hurts ticket sales or viewing figures. Mindsets have evolved and audiences can separate what they know about an actor’s private life from the type of character they are immortalizing on screen. 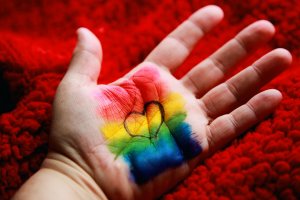 Neil Patrick Harris is openly gay and played serial womanizer Barney Stinson on How I Met Your Mother for nine seasons. The show was a ratings behemoth and proved that a contemporary audience can invest in a gay actor playing a straight role. Ezra Miller openly identifies as queer and landed the role of The Flash in the DC Extended Universe – a member of the LGBTQI+ community playing a straight superhero on the big screen. Wentworth Miller resumed his role as Michael Scofield in Prison Break long after coming out and his announcement never hindered his leading man status. Luke Evans has continued to flesh out a remarkably successful film career, long after confirming his sexuality in a 2002 interview.

If expertly and sensitively controlled and managed, coming out in the public eye can be both life-affirming and life-changing – a hugely liberating experience that can provoke an overwhelmingly supportive response from the media and the public.

Phillip Schofield is a fantastic recent example to draw upon. He has worked in the entertainment industry, and been in the public eye, for close to four decades. His decision to come out as gay, and the way in which he broke his news to the world, was met with resounding respect and support from the media and the public. On 7 February 2020, social media lit up like a Christmas tree with celebrities, fans and viewers alike commending his bravery.

Given his huge television profile and the fact that he has been married to his wife for nearly 30 years, Phillip knew that his announcement would catalyse a huge amount of media interest in him and his family. With a Media Management team in place to protect them, and help Phillip navigate the media minefield, he took control of his own truth on his own terms.

Phillip set the narrative and used his social media channels as a platform to speak and share his truth, totally in control of his personal story. His candid, dignified and heartfelt statement on Instagram bypassed traditional media and eliminated the risk of his words and feelings being inaccurately communicated. He recognised that this enormous moment wasn’t just about him, it was about his family too, and his love for his wife and daughters permeated every part of the statement.

His admission on Instagram was immediately followed by a television interview to imbue those written words with a new level of ownership and frankness – a live, unedited interview with his co-anchor and best friend that gave him the comfort and confidence to open up about something so personal. He was able to speak to his core audiences, both online and offline, and directly in real time. Moreover, his carefully coordinated Instagram and Twitter posts, issued to coincide with his televised reveal, attest to a fully prepared, deftly conceived media strategy. The interview took place on the Friday and an exclusive newspaper interview was already secured for the Sunday. 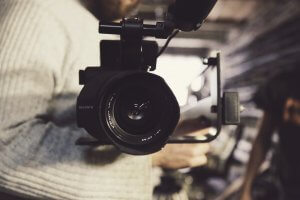 Six months after coming out, and Phillip is still one of prime-time television’s most popular, loved and highest-earning presenters. And his career continues to blossom. His highly-anticipated autobiography is due out in October, his partnership deal with Princess Cruises remains intact and his own-brand ethical wine range with Waitrose recently took the Bronze award in the 2020 International Wine and Spirit Competition, the most prestigious competition of its kind in the world.

When high-profile people courageously come out as gay and speak their truth, they inspire more people to do the same and might well help others in similar situations. And then perhaps there will come a time when we won’t need to have this conversation anymore, when everybody in society is represented. After all, you cannot be what you cannot see and that’s why diversity is so crucial. Seeing more gay athletes in mainstream sport, more gay talent breaking through in film and TV, in politics and government, their happiness and mental wellness thriving, careers soaring, popularity exploding…this will have a huge impact on generations to come and broaden the pool of talent in every sphere and sector.

Are you a sports athlete or management company, looking to join this wider conversation with a targeted PR campaign? Then drop us a line here.