The PHA Group wins Media Employer of the Year Award

February 18th 2015 will long be a date that sticks in the mind of The PHA Group employees for all the right reasons.

On a star-studded evening, hosted by Pathfinders at Soho’s Ham Yard Hotel, the company scooped the biggest prize in their ten year history as they claimed the prestigious ‘Media Employer of the Year’ award.

It was vindication of the journey and hard work that the company from the top down have undergone and the ethos that has been established over the best part of a decade.

Credit must also be paid to runners up, Brandfuel, who were extremely magnanimous in defeat as the judges revealed there was little to separate the two companies, who were by far and away this year’s outstanding candidates. 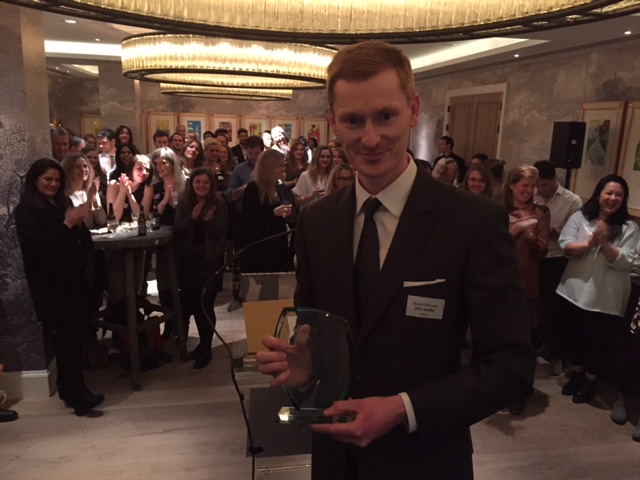 Particular areas of praise included the firm’s staff appraisal process, high retention rate, and consistent ability to convert interns into full time staff, something I have particular experience of.

It is difficult to argue that the award was deserved as I have seen first-hand the work and personable nature of the company on a daily basis. Being just days short of my year anniversary (a date which is naturally in everyone’s diaries) has meant that I have been one of the main beneficiaries of the businesses’ numerous schemes and internship programmes. Yes, this was my first year at the company and we claimed victory but to suggest a correlation would be too much… I was just delighted to be involved in the entry process as my experience has been a wholly positive one. 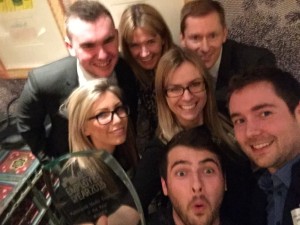 The PHA representatives celebrate the win.[/caption]

While ‘Bra packer to Junior Account Executive’ is unlikely to be the title of my impending autobiography, it does highlight the importance that the company place on the person behind the CV. Ensuring the job is done to the best of your ability is of course paramount in any profession but I do believe that the culture of a workplace is equally crucial and can further fuel success. From the approachability of the company partners, to the strong sense of team, right through to Friday massages and drinks…The PHA Group have their staff’s best interests at heart.

It is equally important that this award is not seen as the end of the journey but merely the beginning of it. It is always nice to be recognised in this nature but it is worth pondering why we were victorious and how such high levels of staff satisfaction can be maintained and even improved upon. The accolade is not to be underestimated and while PHA are ruled out of winning the award in the future, we will have great pride in handing the award to next year’s worthy winners. Now in true Ab Fab style, let the champagne flow!

Director of PR, Stuart Skinner, was understandably delighted with the accolade: “We are absolutely delighted and honoured to receive this award. We have won prizes before for commercial growth, and for client campaigns, but this award genuinely means the most. This one is all about the people in the company and they are the most important asset we have and what drives the business forward.”

For more information on working at The PHA Group click here.

The importance of selecting the right influencer