An awareness date is an important and essential item in any charities’ calendar. But in an era where awareness dates are infiltrating the news agenda, it can often be difficult to cut through the noise and make sure your message is heard.

This year, we were enlisted to support Living Streets’ National Walking Month 2016 campaign and help change the behaviour of the general public, particularly those who are middle aged, creating the campaign name #Try20. The results? Over 450 pieces of coverage and a fivefold increase in pledges on the previous year.

Here we speak to Living Streets’ Communications & Media Manager Tanya Braun, to ask her how important PR was to the campaign’s success, her National Walking Month highlights and whether or not she did #Try20…

CAN YOU TELL US A BIT ABOUT YOUR ROLE AT LIVING STREETS?
I am Communications and Media Manager. My job involves planning and ensuring we raise our overall profile, and the profile of everyday walking. It also involves planning how we can best communicate the work Living Streets does with schools, workplaces and communities, and the campaigns we run. We have rolled out the National Walking Month campaign for the last five years – but this was the first time I project managed it and the focus was to be purely on PR. 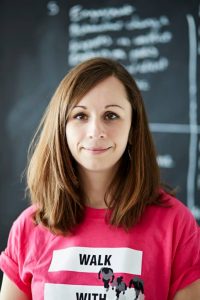 WHAT DOES THE CHARITY DO?
Living Streets is the charity for everyday walking. We want to create a walking nation, free from congested roads and pollution, reducing the risk of preventable illness and social isolation and make walking the natural choice. We believe that a walking nation means progress for everyone.

WHAT WAS THE AIM OF THE NATIONAL WALKING MONTH CAMPAIGN THIS YEAR?
The aim of National Walking Month this year was to raise the profile of Living Streets and the health benefits of walking. We wanted to specifically target those in middle age, during which period the decline in walking is large. At this age, being more active can improve health into later life.

HOW SUCCESSFUL WAS THE CAMPAIGN?
The campaign was really successful. We smashed media targets and recruited thousands of extra supporters. The first weekend resulted in a particularly large amount of coverage – especially national – and this helped to generate a buzz on social media, and pushed around a third of our total pledgers to Try20. 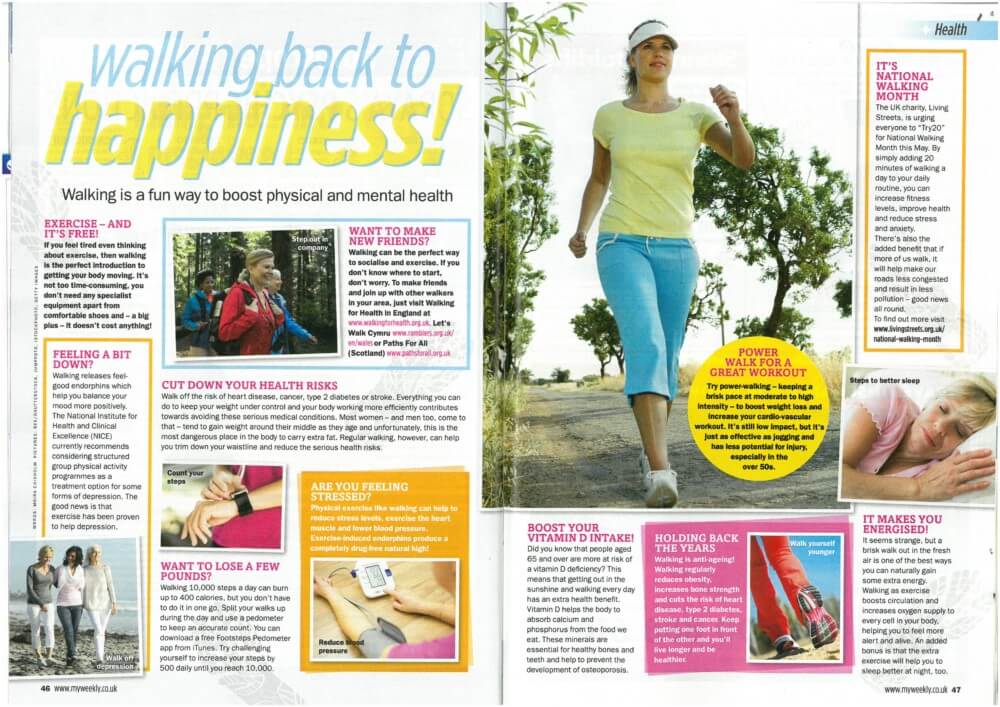 HOW IMPORTANT WAS THE PR ELEMENT TO THE NATIONAL WALKING MONTH CAMPAIGN?

Our National Walking Month campaign was focused entirely on PR this year, so very important! It meant that the Living Streets name was seen, it encouraged people to visit our website and pledge, plus we got 600+ new Twitter followers.

DO YOU FEEL THE #TRY20 CAMPAIGN HELPED YOU TO REACH DIFFERENT AUDIENCES?
I think the expertise of PHA helped us achieve better quality consumer magazine coverage than we’ve had before. We had a number of articles featured with exactly the right messaging for Try20 in the lead up to, and during May. This helped us reach our audience of the middle aged and helped us push health-specific messages in the right publications. 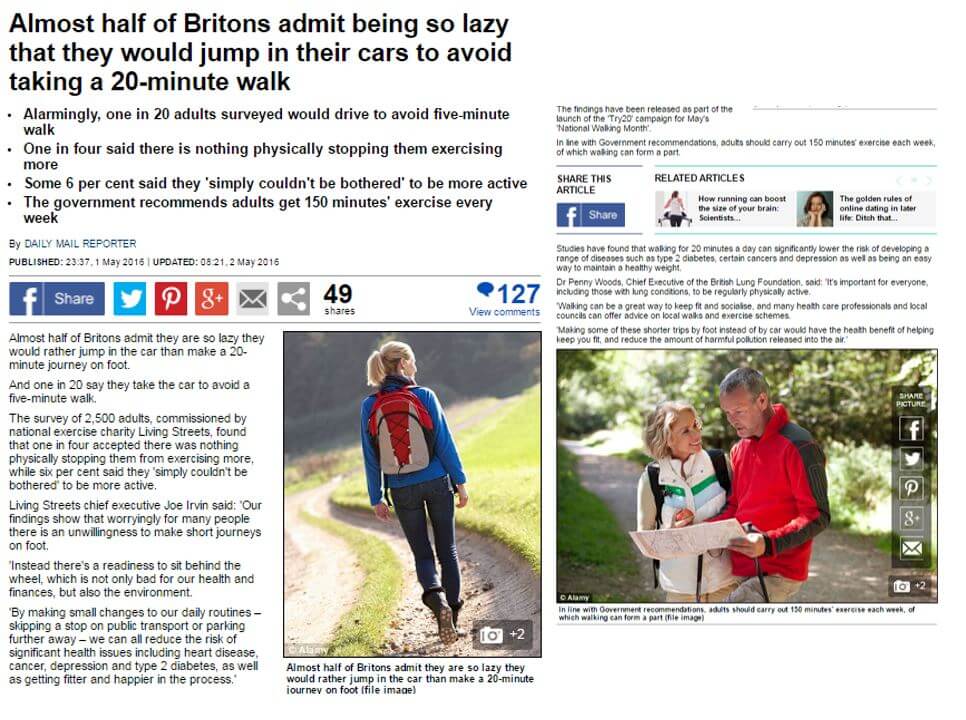 WHAT WAS THE BEST BIT OF THE CAMPAIGN FOR YOU?

The buzz created on the first weekend of May was fantastic. Almost all national newspapers carried the Try20 message with the survey we’d run. We were also mentioned on Sky News and BBC 5 Live. This led to a lot of discussion on social media and lots of extra sign ups. We managed to recruit a number of case studies because of the buzz and it really kicked off the campaign positively and showed the quality of the messaging.

ONE LAST QUESTION, DID YOU #TRY20?
Of course I tried 20! I live in Essex and work in London, so I couldn’t walk the whole way into the office but I made sure I took the long way round from Liverpool Street, walking 15 minutes each way. At weekends I made sure that I remained active and walked throughout a couple of new cities including Edinburgh and Swansea. 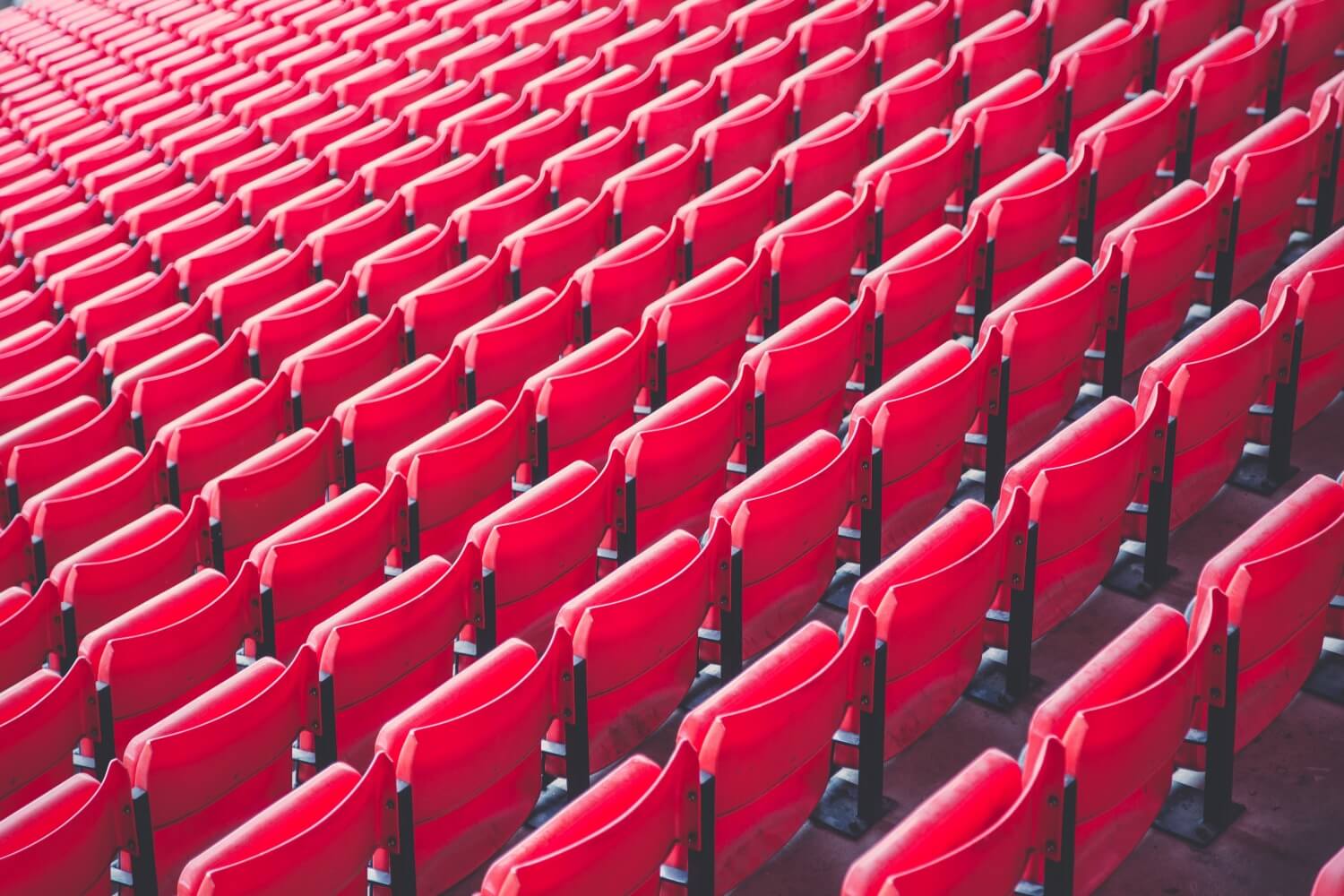