Partnering with a brand to make your charity PR campaign shine 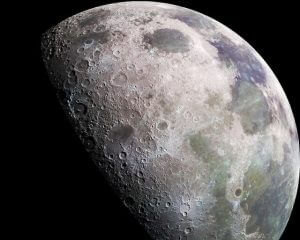 When it comes to running a successful charity PR campaign, seeking a brand partnership for a certain period during the year can help to engage new audiences, and make it stand out in a cluttered fundraising space.

A great example of this is the new partnership between Age UK and John Lewis; this year the subject of the store’s hotly anticipated ‘Man on the Moon’ advert is an elderly man who lives by himself on the moon. The ad is to raise awareness of the million older people in the UK who can sometimes go for a month without speaking to a friend, neighbour or family member.

As the department store puts a charitable twist on its latest television commercial, one of its key objectives is to use its long-standing profile to help raise money for the charity Age UK over the Christmas period. John Lewis will also be encouraging its staff and consumers to get in touch with their local branch of Age UK this year to volunteer to care for those who might otherwise be lonely during the festive season.

So what are the key elements of the campaign that have made this campaign work for both partners in the first week of launch?

The John Lewis Christmas commercial is seen by many as the marker for the start of the festive shopping season. Every year, the retail giant puts together an advert which inevitably tugs on the heartstrings of their audience, but this year they have put that influence to good use by teaming up with a charity partner.

If you have seen the ‘Man on the Moon’ commercial, you will know it is about a young girl called Lily, who sees an old man wandering around on the grey expanse of the moon through her telescope. She then goes on to try to reach out to him through various means (including shooting a message attached to a bow and arrow), eventually successfully reaching him by sending him the gift of his very own telescope attached to a cluster of balloons.

The commercial’s tagline is “Show someone they’re loved this Christmas”, which ties in with Age UK’s own key message “No one should have no one at Christmas”. This is a great example of charities and brands working together to produce something that benefits both parties, and reaches consumers in a meaningful way.

Alongside the commercial comes the limited edition ‘Man on the Moon’ product range which has been developed specifically for Age UK. While the key call to action of the campaign is to ‘donate and show someone they’re loved this Christmas’, both the charity and the retailer have acknowledged that this isn’t always enough for the consumer.

Twenty five percent of the profits from two of the ‘Man on the Moon’ products (a mug, and card) will go directly to Age UK – which is a fantastic way to boost fundraising over the Christmas period when many will be thinking about purchasing small gifts and cards anyway.

The development of these kinds of products works well for PR purposes, and will allow charities to achieve coverage in magazines and features that may not cover them otherwise.

We have already spoken about the importance of social media integration within third-sector PR campaigns in previous PHA Insights, and the social element of the Age UK/John Lewis #ManontheMoon campaign clearly demonstrates the advantages of a charity partnering up with a big brand.

The partnership itself, as well as strategic cross-promotion through various social channels, opens the reach of the charity to a whole new audience (for example John Lewis’ 264k Twitter followers), and enables it to engage with people who might not otherwise think to donate to a cause such as Age UK.

Themost recent audience engagement strategy encourages interaction by asking John Lewis followers to name the gift they would personally like to send to the ‘Man on the Moon’; when the best suggestions are picked, John Lewis will create animated to content to reflect this which will be shareable across a variety of social channels.

This is a great way of encouraging people to engage with the charity and the brand and creates something memorable that people can relate to and will share with others.

Let’s not forget the all-important media relations element of the campaign. Not only has the launch of the commercial been covered by most UK national media, Age UK and John Lewis have strategically worked together to place timely case study stories such as the piece which featured on The Mirror online this week.

The piece focuses on the Camilleri family who posted an invite on Gumtree for a “lonely person” to spend Christmas Day with them after being moved by the advert and the true meaning behind it. Providing a human interest angle to the campaign gives consumers something they can connect with and offers a different call to action for the charity; in this case one of actively participating in ways people can help in their own community.

Even more media opportunities for both John Lewis and Age UK have been generated around the story of where it was filmed.

So how can you make a brand partnership work for your charity?

Build a strong identity right from the get-go – set the key objectives for the charity, and measure them up against those of the brand you are interested in partnering with, or has approached you. If you can’t provide a benefit to each other, then the partnership won’t work.

Encourage your brand partner to develop specific products in collaboration with you so some of the proceeds can automatically be donated to the charity. This meets the all-important objective of fundraising. Products are extremely PRable and will help your cause to garner more coverage.

Create a strong social media presence through a relevant hashtag and call to action. Encourage people to engage with the charity and the brand by creating memorable content that people can relate to and will share with others.

Develop a strong media strategy that integrates with all of the strands above and keep coming back to your key messages. Pull together as much collateral as possible prior to launch, including strong case studies, which add new angles to the campaign, and reach consumers in a different way.