Much to our excitement, we managed to twist the arm of British actor Douglas Booth, who agreed to join Alex onboard the 60ft HUGO BOSS boat, in what would be his first ever high speed, competitive sailing race.

The event was a great success and Douglas was a fantastic honorary member of team HUGO BOSS. The team’s successful completion of the race also meant that a sum of money was donated to Kibera in Need, a charity that Douglas chose to support through the challenge.

Here are some of the photos from the day. 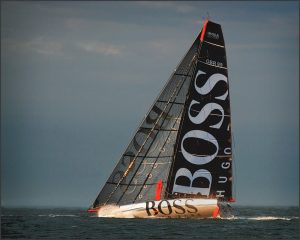