How to make yo

ur campaign stand out

There are over 160,000 registered charities in the UK – demonstrating just how saturated the sector is and how vital it is that you stand out.

A comprehensive PR strategy is essential to putting your charity on the map, as well as maximising donations, and as part of that it is crucial to consider the place of PR charity stunts. Should you use them and if so, how will they help you reach your ultimate goal of fundraising?

PR stunts are not a new phenomenon, they form part of a communications strategy used by many companies, and are not exclusive to the charity sector. The aim of a stunt can vary, whether to promote a new product launch or simply to raise brand awareness. Of course, in third sector PR the ultimate objective will always be fundraising; however this cannot be achieved without first raising the profile of your charity.

Beginning with the basics – your stunt must be newsworthy and visual. One of the first notable charity PR stunts, USA For Africa’s 1986 Hands Across America, made up of a chain of 6.5 million people holding hands in a human chain across the States, is often seen as a trailblazer in the third sector fundraising space. Both newsworthy and highly iconic, not only did the participants involved donate $10 to stand in the chain, other benefactors donated to the cause and an extraordinary $34 million was raised for the charity. 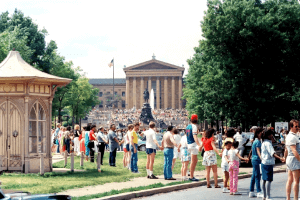 More recently, six armed forces charities utilised a similar strategy and created a stunning installation of ceramic poppies at the Tower of London. Once again, this stunt was highly visual, thought-provoking and striking enough to have an impact in a busy news agenda. After the event, each poppy was auctioned off, raising £9.5million for a number of armed forces charities, with 25% sold in just two days.

So what did they do right? As well as being undeniably emotive, captivating and important, both stunts had a direct fundraising element, ticking both the donation and brand awareness boxes.

These stunts are both great examples of how you can create a newsworthy and visual charity PR stunt that has longevity, without necessarily resorting to ‘shock tactics’. You can be creative, innovative and forward thinking as lots of charities doing just that regularly demonstrate.

A bit of controversy gets you noticed

Controversial stunts can have their place in PR though. Campaigns such as Fathers 4 Justice scaling parliamentary buildings dressed as superheroes, and The Pilion Trust’s ‘F**k the Poor’ stunt, in which a fundraiser highlighted the stark comparison between the public’s outrage when said slogan was shouted and the public’s indifference when the slogan changed to ‘Help the Poor’, undeniably brought the aforementioned organisations into the mainstream.

Although Fathers 4 Justice is a campaigning group, not a charity, similarities can be drawn between the two. They both back a specific cause with the aim of helping those in need and both can utilise PR stunts. These outlandish stunts may have successfully raised the profile of these relatively unknown organisations, but they did so by working within the shock factor remit. By creating great photographic or video footage, which is undoubtedly part of the formula of a successful PR stunt, both charities ensured media interest from picture desks and twitter conversations alike. But what is the use in getting noticed if people don’t donate? 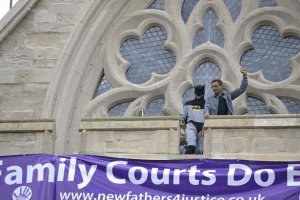 This is particularly relevant to stunts that do not include a direct fundraising element, as charities can be accused of creating a lot of noise without tangible monetary donations. It is not essential to incorporate fundraising into your stunt, and there is a place for dramatic PR stunts, but it would be advisable to err on the side of caution. Undertake these types of PR stunts with clear objectives on how they fit into your wider PR strategy, don’t just make them a flash in the pan with no clear ROI.

Let the word ‘integrated’ be your mantra

In this digital age, social media activity is integral to the success of your PR stunt. In a climate in which viral videos and trending hashtags change by the hour, social media is an essential tool and must be utilised by any 21st century business, organisation or charity. Cancer Research’s #NoMakeUpSelfie used a hashtag and social sharing to organically encourage and increase donations. Social media fuels a sense of camaraderie as we share posts with friends and strangers, and its powerful uniting properties can have astounding results. The phenomenal £8 million raised for Cancer Research speaks for itself. 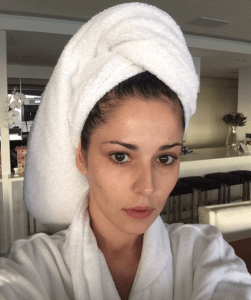 The ALS Ice Bucket challenge is another excellent example of how influential social media channels can be; both in the context of your charity PR stunt and also in the wider context of society. Before people dramatically tipped icy water over themselves with sometimes hilarious consequences, using the hashtag #IceBucketChallenge, ALS was a virtually unknown organisation. This is a great example of a stunt gaining momentum whilst in the midst – high-profile celebs such as Ellen DeGeneres and the Beckhams became involved as the stunt gained more traction. A reactive case study video was created (another important charity PR technique) sensitively explaining the complexity of the disease and the wonderful work of the charity, which has had over 17 million views. Once again this stunt was newsworthy and highly visual, in this instance through the medium of video and the internet. It also was intrinsically linked to the disease itself, as sufferers experience similar paralysing symptoms to freezing water hitting their body. Consistent with brand messaging, this stunt was both humorous and touching (which is no mean feat!) and raised $100 million for ALS.

So, how can you learn from the above and emulate?

Potential donors have an extremely large pool to choose from when deciding to act philanthropically and part with their money. In a world where our attention span is getting shorter and everyone is jostling for attention, charity PR stunts are an important element of an overarching PR strategy. In fact, they are integral in getting your charity noticed. So here are some final pointers for ensuring your charity PR stunt is a success: