Five brands that used sporting ambassadors….and got it right!

To coincide with the launch of our brand new Sports PR download How to choose the right ambassador for your sports brand, we thought we’d highlight five great examples of businesses who picked perfect sports ambassadors for their brands.

Choosing the right personality to represent your brand can be an incredibly tough task. Get it right and can engage millions and take your profile to a whole new level. Get it wrong and no only could you fail to make an impact but, far worse, you could damage your reputation.

But rather than dwell on failures, in this post we wanted to highlight five strong examples of celebrity endorsement that we believe anyone interested in finding an ambassador should be looking to emulate. 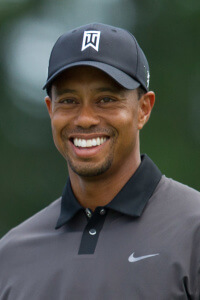 Campaign: No Cup Is Safe

Nike’s partnership with golfing greats Tiger Woods and Rory McIlroy has been documented all over the world. This is an example of a partnership between a brand and an ambassador (or in this case, two ambassadors) which triggers consumers to ask ‘what next?’ Each campaign the brand releases seems to be bigger and better than its last. The partnership just makes sense; it reaches the target audience through content which is intelligent, playful, and yet usually very simple.

The ‘No Cup is Safe’ campaign is one of the best that the brand has produced in our eyes: 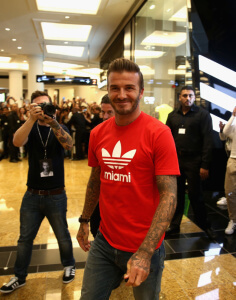 Ok, so if you have David Beckham at your disposal, it’s difficult to go wrong! But the Adidas ‘Take The Stage’ campaign was particularly effective because it used a very simple concept, and created content which had a real human interest angle. It’s difficult to watch this video and not be moved by the reaction of fans.

When a brand is able to create a sense of compassion and warmth through the content it produces with an ambassador, then that’s a clever partnership. If a brand is able to extend that sense of warmth beyond the people within the campaign and convince consumers to feel good about the brand itself, then that brand is onto a winner.

The reason we love this campaign so much? Because it is totally different from the usual ‘I’m a ridiculously handsome man; look at me shaving’ campaign. This campaign got people talking. It got us laughing. It got us sharing. The potential for a campaign to go viral when the content surprises and tickles the consumer is greatly enhanced, and that’s just one of many reasons why we feel Gillette hit the nail on the head with this partnership. 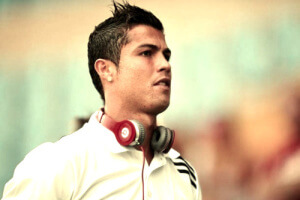 Campaign: The Game Before The Game

This campaign featured a multitude of sports stars. On the back of the release of the TV advert, Ad Week ran the headline ‘Did Beats by Dre just out-Nike Nike?’ It’s safe to say, you don’t earn a headline like that easily. The ambassadors used within this advertising campaign, coupled with the many stories and sub-plots which are told throughout it, inspired and touched the audience. But more than capturing the audience via a TV commercial, the brand was able to create an overarching campaign which united people. Regardless of your nationality, background, age or interests, there was something within this campaign which spoke to you as an individual. And that is a very clever thing indeed.

This is a fantastic example of how capturing an ambassador at the right moment is sometimes just as important as choosing the right person. Ennis-Hill became the poster girl for London 2012; the face of a nation’s sporting success. What Olay did was to identify Ennis-Hill’s potential and pinpoint an opportunity to turn her into the face of their brand too. In doing so, all of the qualities which Ennis-Hill exuded as a result of The Games – success, grace, ambition, courage – were translated into the values that consumers associated with Olay as a brand. This partnership enabled Olay to reach well beyond the beauty pages; it allowed them to reach new audiences and to unite women all over the country.