It takes years of hard work to build a reputable brand, yet only seconds to destroy it. A good brand can build a loyal customer base, make your business infinitely marketable and develop your image on your own terms. However, the maintenance of this can be incredibly hard work, and there’s a lot of pressure on when you’re managing a multi-million pound company. We take a look at 3 very different reputation disasters faced by global brands, Burberry, Nike and Johnson & Johnson, and how they overcame them. These companies demonstrate the importance of a well-managed strategy and staying true to brand values and promises.

Re-positioning the Brand with Burberry:

Burberry faced a challenge of huge proportions in the early 2000s. Having enlisted Kate Moss to revamp the slowly tiring and stuffy brand, they suddenly gained more recognition and popularity than they had prepared for. However, this recognition was not coming from their target market, and in fact these newly developed fans were not even buying their product. They were buying fakes. In fact, this new demographic adoption of the brand escalated so severely out of control, and became such a marker of a ‘certain kind of person’ that it was banned in pubs and clubs around the UK. 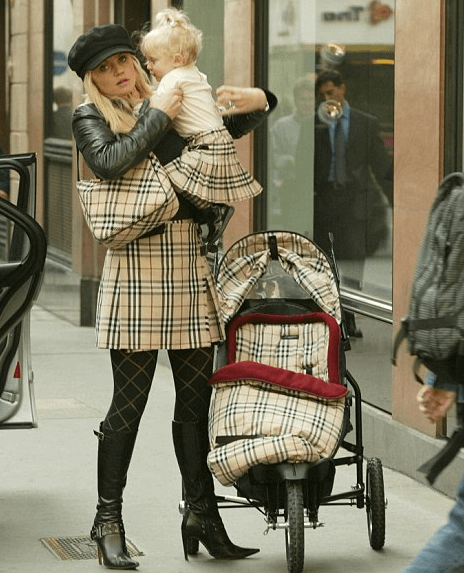 This was of course terrible news for Burberry’s reputation, and came at a time of already relative instability in the market. The creative directors and executives at Burberry once again had to figure out how to re-invent the British classic. They did so with a decidedly technological twist. Inspired by the success and innovation of companies such as Apple, Burberry launch a fully integrated digital campaign. This began with live streaming shows, expanding into social media and setting up ‘The Art of The Trench’. This was a user generated and led space, where individuals were encouraged to share and express what Burberry was to them.

Burberry succeeded in becoming synonymous with innovation once again, tapped into the youthful market and re-established itself as a leading fashion house in the UK and far beyond. Burberry now hold little to no trace of its earlier mishaps, and is now the proud owner of the most star-studded fan club of all; from Kate Moss and Cara Delevigne, to Emma Watson and Jennifer Lawrence. Burberry certainly came back with a bang.

Nike has undergone perhaps one of the most dramatic brand recoveries that the consumer world has ever experienced. This image turn around came after a globally talked about expose of labour practices in their factories around the world. This ‘sweatshop’ practice horrified consumers, activists and industry professionals alike. Much of the issue surrounding these abuses stemmed from the process of subcontracting factories to produce Nike’s goods. This meant Nike could distance itself from any bad press, which it had done for many years previous, or turn a blind eye when anything nasty was mentioned internally.

As such, Nike thrived on a business model that was based on outsourcing its manufacturing and using the money saved here on aggressive marketing campaigns and sponsorship deals. However, in the 1990s the cracks began to show. From workers being paid a mere 14 cents per hour, to child labour, substandard air quality and quite simply human rights abuses, the lid was lifted on everyone’s favourite sportswear brand. Activists and consumers alike drew parallels with 20th Century workhouses; this sentiment was felt most sincerely with the report that 12 Vietnamese women were forced to run outside in the heat until they collapsed…for wearing the wrong shoes. It added insult to injury that this atrocity was committed on International Women’s Day.

The situation continued to escalate until any mention of Nike promotion or marketing became an opportunity for public protest. By 1998 CEO Phil Knight had become transparent in his acknowledgment of the abuses and acceptance of Nike’s failures. Knight pledged to increase minimum wages and age eligible for work, as well as greater monitoring and refinement of factory conditions. The following 8 years saw Nike establish the Fair Labour Association, perform over 600 factory audits and publish a list of affiliated factories (an industry first). This huge corporate social responsibility overhaul has afforded Nike the gleaming brand reputation it currently holds, and goes to show the power of transparency in changing perceptions.

We grew closer every mile. Every, single why-did-I-sign-up-for-this mile. We covered ground. We pounded pavement. We burned rubber on asphalt. We were hot on the trail. We ran new loops till they became old ones. We worked on weekends. Weekdays. Weeknights. We missed brunch because we took the backroads. We couldn’t make it to taco night because we were on the track that night. We kept going when our friends kept quitting. We got lost. And we found out a lot about ourselves. We’ve been everywhere together. Except the finish line. #justdoit

In 1982 a scandal struck pharmaceutical brand Johnson and Johnson. This was the news of 7 deaths in the Chicago area linked to the popular painkiller, Tylenol. These 7 individuals had ingested cyanide-laced capsules of extra-strength Tylenol that had been tampered with. Understandably there was a huge loss of trust in Johnson and Johnson, and of course in revenue as well as market share. At the time, Tylenol had accounted for 17% of the company’s entire income; this was an incident that marketers predicted the brand would never recover from.

However, the whole crisis was handled impeccably from start to finish. Responsibility was duly taken and 31 million bottles were pulled from the shelves immediately. At the time, it was unheard of for companies to take such action, before 1982 nobody recalled anything. Johnson & Johnson made headlines again in doing this. 2 months down the line, Johnson & Johnson had recalled all instances of the at-risk Tylenol product, and replaced it – free of charge – with new tamper proof packaging. This process cost them $100 million, a fitting price for such an extensive recall and re-launch. These actions, bolstered by an expensive media campaign, ensured the maintenance of the Johnson & Johnson brand as a trusted household name.

Not only did their brand reputation survive, but a year later Johnson & Johnson held a $1.2 billion share of the analgesic market, which has plunged from 37% to 7% at the time of the crisis. By 1983 this had been restored to 30%. Johnson & Johnson, and their Chairman James Burke, were particularly praised for their superior management and ability to quell what could’ve been a devastating crisis. Not least in its potential impact on human life, had the situation been mismanaged.

Johnson & Johnson represent one of the best examples of a brand bouncing back from a crisis, spectacularly so, in fact their share of the prescription drug market has risen over 25% from 18% in 1980. No more tears indeed.