Today the Sun reported an exclusive story revealing that all of Pizza Express’ chicken was halal. For those who are not aware, this means that the chicken is killed in line with strict Islamic law, allowing Muslim customers to eat it. For the vast majority of those reading, I’m sure you’re thinking, ‘Ok, cool.’

The Sun then goes on to state, ‘But diners are not warned in advance the chicken they will be eating is halal. There is no mention of it on menus and staff only tell customers if they ask.’ Again for me, this totally misses the point – halal chicken tastes the same as non-halal and as such the killing method is irrelevant.

Regardless of general views of the credibility of the story what it does highlight is that Pizza Express may have actually missed the boat with PR coverage here, and in turn may be losing out on custom. 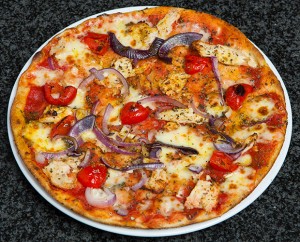 Why weren’t Pizza Express shouting about their halal chicken?[/caption]

I was already aware that all the chicken used on Pizza Express’ pizzas was halal – something I found out after a Muslim friend suggested we eat there one evening – but I would bet the vast majority of the British public did not know this to be the case…until today.

We live in a world of political correctness where people are often nervous to make any comments regarding race or religion, but I think it’s fair to say that openly stating that your chicken is halal is not going to dissuade customers.

Pizza Express’ business model is reliant on repeat customer and I just can’t envisage someone turning their back on a Pollo Pesto due to how the chicken is prepared. ‘Sorry darling, but this is halal, we’d better leave…I hear Chicken Cottage does a varied menu…let’s try there.’

Multiculturalism is something to be proud of, to be celebrated, it baffles me that Pizza Express aren’t openly saying all their chicken is halal. If more people can enjoy their food it’s a good thing for both the customer and their bottom line – a textbook win-win.

As we move into a world where variety and compromise become increasingly important in terms of shopper needs (think vegan, vegetarian, gluten-free, etc.), why on earth would Pizza Express not celebrate a measure which opens up their offering to a wider and growing demographic of the UK population?

Ironically a story which was set to do them some damage could well do more than anything they’ve done proactively to raise awareness of their halal chicken. It’s strange how these things can work.

Let’s hope this is more than a flash in a woodstove oven and that the story will encourage more retailers to be on the front foot with regards to menu transparency in future.