These days every day seems to be an ‘awareness’ day or week. In fact, this week alone we have ‘Carrot Cake Day’, ‘Homemade Soup Day’, ‘Working Naked Day’ (yes, really), and ‘Frozen Yoghurt Day’ to look forward to. Conjured up by Marketing Departments, and PRs across the globe, awareness days are popping up all over the place to garner Press and social mentions for products, businesses and media personalities everywhere. You name it, there is likely to be an awareness day attached to it (National Talk Like a Pirate Day is a particular favourite).

However, there are some instances in which awareness days are genuinely needed. Not just to promote a product or business, but to actively generate awareness of an issue or cause amongst the public, and get in front of new audiences. Awareness days used as part of a campaign for those in the health and charity sector often have great success in terms of fundraising, tapping into new donors, and generally resulting in change for the better.

A testament to their success, we all know about the heavyweight charity awareness campaigns such as ‘World Aids Day’- Terrence Higgins Trust, No Smoking Day – British Heart Foundation, and ‘Wear it Pink for Breast Cancer’ – Breast Cancer Care which are all well established, and have been hugely successful year-on-year in raising awareness to an audience of millions.

World Cancer Day is global event which takes place every year on 4th February, and aims to unites the world’s population in the fight against cancer. The objective of this awareness day is to educate the public about the disease, as well as encouraging governments 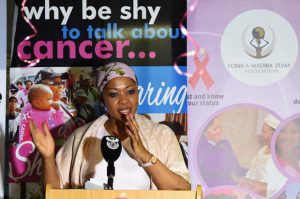 and individuals across the world to take action.

A slightly different approach to awareness days, for the first time four of the UK’s leading cancer charities have teamed up together this World Cancer Day –  Cancer Research UK (CRUK), Breast Cancer Care, Anthony Nolan and the Movember Foundation. Each charity is raising money via the new Unity Bands™ which are available in the charities’ own colours with funds raised going towards life-saving research or support services. The hashtag #ADayToUnite neatly ties the campaign together across social channels too, so supporters can engage with the charities directly.

When you’re all fighting for the same cause, team work is vital. These four charities demonstrate the importance of working together in order to raise as much funding for research and support services as possible, and are backing this awareness day in a well-thought out, very genuine way. No matter which charity people are usually inclined to support, they will all end up benefiting from joining forces for this one. 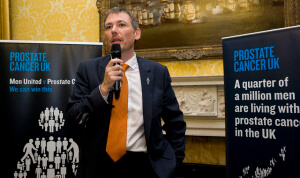 This year Sky Sports presenter Jeff Stelling will be walking 10 marathons in 10 days on his aptly named ‘Men United’ march from Hartlepool United to Wembley Stadium to help raise funds in sponsorships for the charity. The hashtag #JeffsMarch has been created so supporters can donate, offer encouragement, and keep track of his progress on social media.

By challenging sports personality Jeff to his Men United March, Prostate Cancer UK has found a way to really make the most of their awareness month in terms of social engagement, and potential Press coverage. These kind of events resonate well with potential donors, and motivate others to take on similar challenges for charity themselves.

Every year, in May, the Mental Health Foundation aims to raise awareness of mental health and wellbeing issues. Since the first ‘Mental Health Awareness Week’ in 2000 they have generated public debates around how anxiety, sleep deprivation and exercise can all impact on mental health.

In 2016 the awareness week will focus on healthy and supportive relationships which can help to reduce the risk of poor mental health. The charity is encouraging people to join in the debate by using the hashtag #mhaw16 on Twitter in order to thank the people that provide support, reach out to those who need help, and drive their campaign to address the barriers that stop people forming important relationships, forward.

By changing their focus each year, The Mental Health Foundation is keeping things fresh, and educational for their audiences, as well as releasing new information and resources each time. Not only that, they have established a strong social media presence designed to engage those who suffer with mental health issues, as well as those who can potentially provide support.