Can we be held accountable for our social media musings?

On the day of the 2016 Presidential election, Twitter was the largest source of breaking news worldwide, with 40 million election-related tweets sent before 10pm ET. Its significance in the outcome of that day cannot be underestimated either. Ever since Donald Trump announced his candidacy, the relationship of Twitter and Trump has become almost interdependent in the march towards the top of their respective fields.

For Trump, the social networking service became the window by which his followers could tap into his inner-dialogue. It allowed him to bypass a media that he realised early on would be hostile to him by setting up a direct line to potential voters.

It might therefore not come as a surprise to know that in early March, the National Archives and Records administration informed the White House that POTUS’s tweets do actually fall under the remit of the Presidential Records Act.

As part of a letter sent to the White House Staff, it concluded: “Many of the messages sent from [President Trump’s twitter] accounts are likely to be presidential records and therefore must be preserved. It has been reported, however, that President Trump has deleted tweets, and if those tweets were not archived it could pose a violation of the Presidential Records Act.”

So, while Trump can no longer hide behind his delete button, his previous tweets have kindly been preserved by websites looking to remind him of some of his most outspoken remarks. This might be the place to start for Trump when looking to review the potential damage, knowing that they will soon sit alongside the Gettysburg Address, the Bill of Rights and the Declaration of Independence in the National Archives.

Obama is, without question, the WORST EVER president. I predict he will now do something really bad and totally stupid to show manhood!

Robert Pattinson should not take back Kristen Stewart. She cheated on him like a dog & will do it again–just watch. He can do much better!

I have never seen a thin person drinking Diet Coke.

In the context of Twitter, Donald Trump is by far its greatest success story. Seemingly unfaillible in the eyes of his adoring audience meanwhile baffling the rest of the world as to how he gets away with it. He goes from accusing previous presidents of wire-tapping him to attacking popular celebrities, such as Arnold Schwarznegger, in one afternoon. Operating entirely with impunity. It catapulted him to the most powerful position in the world.

For others however, twitter has become the architect by which they manafacture their own self-destruction. One ill thought out tweet, permanently etched into the world wide web stratosphere, can carry serious consequences.

Take Justine Sacco. A PR Executive who probably should’ve known better. Before boarding an 11 hour flight to South Africa she tweeted what she thought would be a hilarious tweet. Upon landing, she had become an international media sensation. Not however for the reasons she hoped. 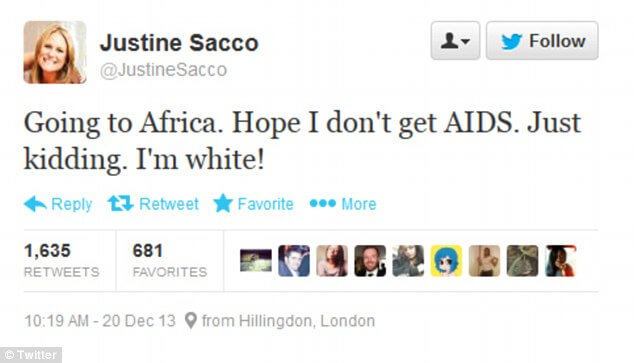 Justine’s tweet was deliberately controversial. This was her humour and the tweet by no means an aberration in form. The joke itself is playing on white ignorance. But when Justine was called before Twitter court, the judgement was severe. From a few hundred followers Justine was now at the centre of a public shaming. It cost the 30 year old her dream job, and she claims it destroyed her life. 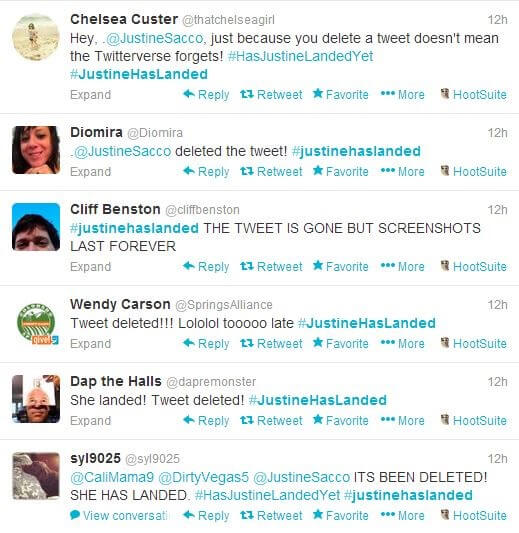 Alfie Barker, a non-league footballer, tweeted during a football match to fellow professional Harry Arter an incredibly offensive ‘joke’ about his daughter Renee who had been born stillborn on December 10, 2015.

The reaction to this tweet was understandably venemous. Barker received death threats. He was sacked from his club and his carpentry firm. The 18-year-old deleted the tweet and apologised but it was too late. He had ruined his life and everything he had worked for with one tweet. His career in football almost certainly over, he claims he is now too nervous to leave the house.

Utterly appalled at the #alfiebarker tweets to @HarryArter2 why would anyone think that's appropriate? Apology afterwards is too late.

His apology too late to save his career or reputation.

Barker, for the record, suffers from  ADHD and autism. His parents claim he has always struggled to understand social constructs. He himself  stated  “I have no social skills. I have no filter between my mouth and my brain. I work every day and I have spent the whole day trying to understand why I did what I did.” Did Twitter stop to consider the roles these complex diseases might have played. That he had mixed his new medication with alcohol that evening while highly emotional. Barker’s parents who had long protected him could not save him from one lapse in judgement on Twitter. His sentence was exile.

At other times, it’s hard to have any sympathy. Corporations have struggled on Twitter ever since its inception. The reasons for this are complex. However, the reasons the Twitterverse was offended by Kenneth Cole’s tweet when protests in Egypt broke out certainly weren’t. 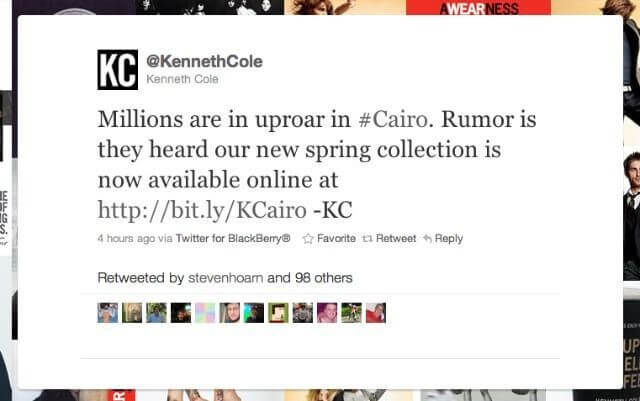 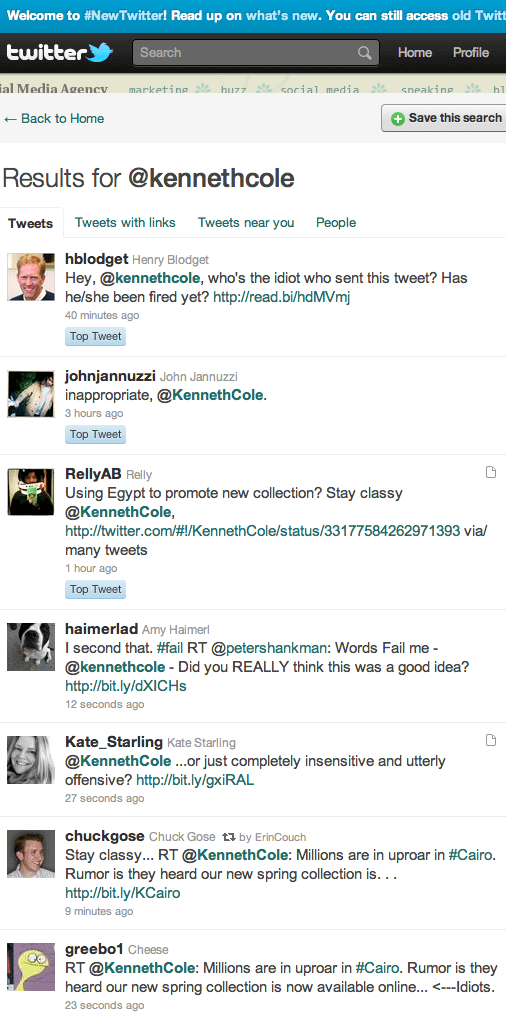 Kenneth Cole has since removed the tweet and apologised. The damage to the brand will be irreversible however. Using a people’s struggle for freedom to promote a product isn’t good PR. Pepsi will tell you that better than anyone. Others persist however…

Next time you plan to tweet something stupid before you take off, make sure you are getting on a @Gogo flight! CC: @JustineSacco

Lena Dunham, of Girls fame, is a proactive feminist. In the Twittersphere this makes you rather vulnerable to attacks. Frustratingly, these tweets, dug up from her timeline from years before, did the hard work for her detractors.

Dunham eventually left Twitter. “Jokes” like this damage a reputation that many feminists previously found inspirational. Racist undertones in a few tweets meant that a feminist position became increasingly weakened by the role of white privilege.

It just goes to show that if even media savvy celebrities or corporations with their PR departments and media lawyers can still make these mistakes, the potential for ordinary people to do so is vast. Amy Schumer too was vilified for a tweet defending Dunham. 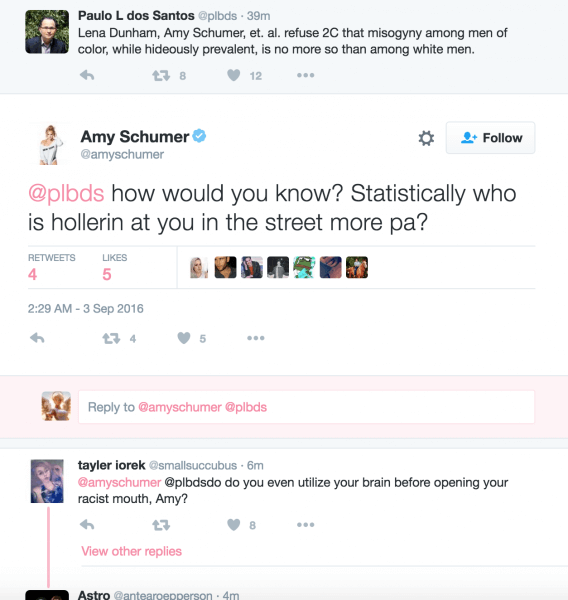 Immediately deleted, but not forgotten. The fate of all of these tweets goes to show how pointless the exercise of archiving Trumps tweets will be. Twitter self-polices. Tweets are never really gone. Deleting tweets only serves as an admission of guilt and guilt attracts the Twitter court. People are more accountable for their tweets than they realise. With this in mind, those 140 characters are becoming increasingly dangerous, especially to the person using them.  Just ask Justine Sacco…