Three Social Media Charity Campaigns You Can Learn From

It’s no secret that social media is one of the most effective platforms through which to reach a mass audience and help people to engage with your cause, but not every charity gets it right every time.

If you are thinking of integrating social media into your next charity PR campaign, here are some of our favourite ideas from 2015 that have created a major impact online and helped to elevate the campaign in question. Take a look at our top three, and also read some tips on how to make sure your social media charity campaign is a real success.

Conservation charity WWF has recently launched the ‘Endangered Emoji’ campaign, where supporters are asked to donate 10p for every endangered animal emoji they tweet. Emojis, for those not familiar, are the colourful animal and smiley-face like symbols used to personalise messages from smartphone users. Usually more at home on an iPhone keyboard, 17 of the emojis have been identified as ‘endangered’ – that is to say the species they represent are close to extinction.

By tapping into something fun that is usually aimed at the iPhone generation, WWF are subtly targeting a younger, social-media savvy audience. The campaign is clever because it doesn’t ask for anything other than a simple re-tweet, and a recommended donation for each endangered emoji tweeted thereafter.

The success of the campaign in terms of monetary gains for the charity will of course depend on whether the people who engage decide to pay up at the end, but regardless of the outcome, it can’t be denied that the endangered emojis campaign has raised awareness of the more serious issue, which is half the battle in a successful charity campaign. A quick Twitter search shows that the campaign is still going strong and has some passionate supporters.

2. The Year of The Selfie…continued 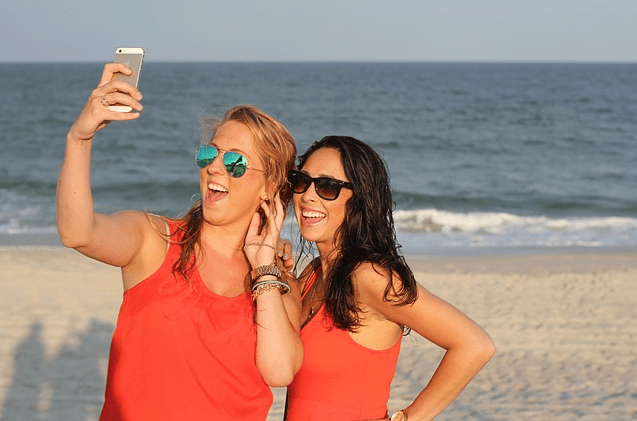 It’s impossible to escape the ever-present selfie, so it’s no surprise that a number of charities have developed campaigns centred on this pop-culture phenomenon. Perhaps the most endearing is Age UK’s #NotByMySelfie campaign.

Launched to support their ‘No One Should Have No-one’ campaign, which aims to provide companionship for older people in need, it asks supporters to upload a selfie of themselves accompanied by a special older person in their life; there’s then an invitation to donate £3 to the Age UK charity via text message.

Children’s charity Starlight Children’s Foundation, a wish-granting charity has also capitalised on the popularity of selfies with its #SmileForStarlight campaign. Starlight asks people to upload selfies of themselves grinning, and then go on to nominate friends to do the same. The beauty of this campaign is that it’s so simple – smiling is free, easy and attractive – no ‘no-make-up selfies’ required. Proving that often, simplicity is the way forward. 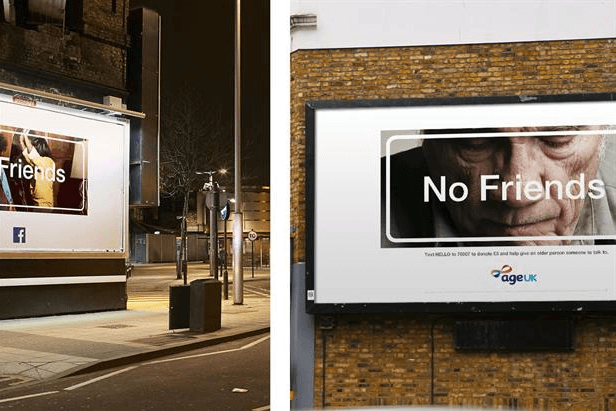 A clever way to create a stand-out charity campaign is to create one which plays on something consumers are already familiar with. While this is what the aforementioned emoji and selfie campaigns have done, the next campaign does this through an advert. Age UK has again come up with a creative that piggybacks onto the buzz created by Facebook’s first TV and outdoor advertising campaign.

The charity has parodied Facebook’s big-budget ‘Friends’ campaign by hitting back with their copycat ‘No Friends’ adverts. Unlike the Facebook ad campaign, which used a montage of images that make the viewer feel warm and fuzzy, Age UK used images of the elderly that are a little more thought-provoking – using those of elderly people experiencing loneliness.

Age UK has cleverly capitalised on the hype around Facebook’s debut campaign, meaning their own campaign resonates all the more with their target audience.

What you can learn from these campaigns

What these campaigns have in common is that they’re simple, yet it’s easy for people to feel involved and take part.

By thinking about what your target audience are engaging with on social media, you can create a campaign that’s effective and relevant. Our top tips for success are below: