In what was an eagerly anticipated tournament, it’s fair to say that England really stepped up to the plate with its hosting duties of the 2015 Rugby World Cup. Despite the pre-tournament favourites going on to win, rugby fans were treated to some phenomenal matches, including some of the biggest upsets in recent history.
Here are five reasons why the Rugby World Cup was such a big PR hit:

1. Brands ‘rose’ to the occasion
O2
Having been a sponsor since 1995, O2 launched its first animated campaign for England Rugby ahead of the World Cup, calling on all supporters to rally behind the players and “Make Them Giants.” O2 rebranded its 377 shops with the rose logo and hung 50,000 England rugby jerseys on giant washing lines around the UK.
The campaign was a complete success, with over 2.5 million views of the video on YouTube and, despite England’s early exit from the tournament, the #WearTheRose movement is set to continue into next year’s Six Nations and beyond.
This was a campaign which united the nation, and helped to create a genuine sense of excitement and anticipation around the tournament. And that’s not necessarily an easy thing to do.

Give Blood
Enlisting the help of various rugby legends like Jonny Wilkinson and Martin Johnson, Give Blood called for 100,000 new donor registrations, citing that only 3% of England showed their support “in a way that matters” by donating blood in the last year.
The video sees the emblem go from a dying bloom to a perfectly formed rose. #BleedForEngland also trended worldwide. An incredibly worthwhile campaign and something which will no doubt continue to help raise awareness amongst sports fans of the importance of giving blood.

Bleed for England – 30 sec TVC from Pablo London on Vimeo.

2. It carved out a path for other sports to follow
As well as helping to attract thousands of new fans to the game, the Rugby World Cup also inspired football fans to analyse what their sport can learn from its muddy rival.
Referee Nigel Owens is renowned for keeping players in check, and because he is mic’d up, fans can hear not only exactly what he says, but also what the players say back to him.
Whilst football referees do actually wear microphones to enable them to communicate with the fourth official, no fan is able to buy a Matchday radio or listen on the TV to the exchanges between refs and the players.
Giving fans access to this would finally allow referees to gain control back from the players. The sort of heckling that referees receive would not go unheard and players would have to keep sponsors on side.
As Lawrence Dallaglio said, whilst commentating on the Rugby World Cup: “It’s great how one man can be in charge of 30 big men.” 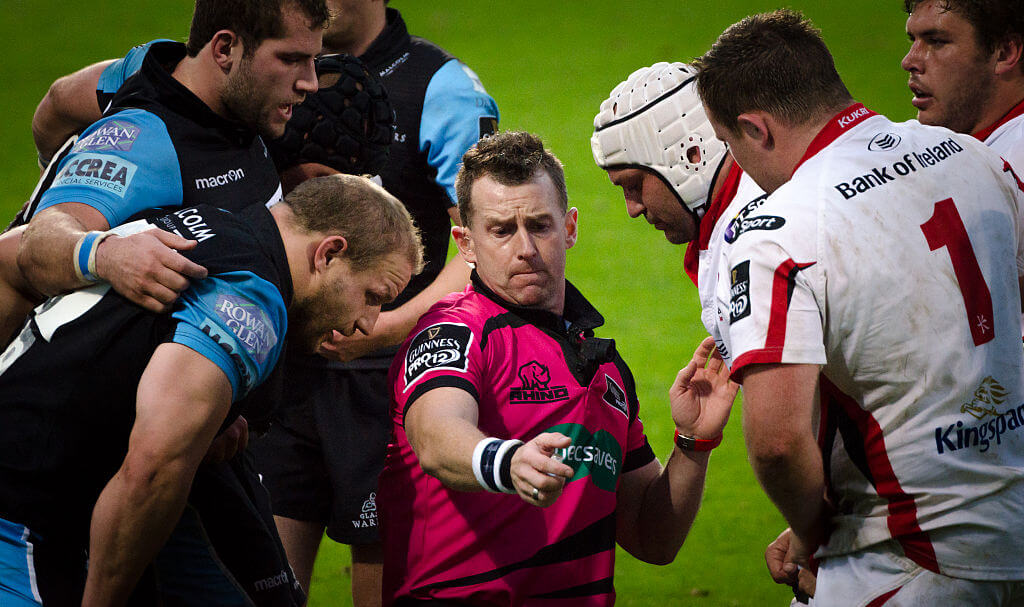 3. It highlighted the effectiveness of a celebrity ambassador
Seeking a well-known figure to help “demystify the game and get people excited about rugby”, Samsung called upon Jack Whitehall.
The mobile phone company commissioned a survey before the start of the tournament that revealed just how little we, as a nation, know about the game, which would be dominating our TV screens over a six week period.
The survey warned that 43 per cent of those that intended to watch the tournament did not know which way the ball is supposed to be passed.
Samsung used Whitehall effectively to demonstrate basic rules of the game in a light-hearted way, including the difference between a ruck and a maul. It’s no surprise that the content performed brilliantly, thanks in large part to a very clever choice of celebrity ambassador.

4. A record breaking tournament
Despite England becoming the first host nation ever to crash out at the group stages, the 2015 Rugby World Cup has been billed the “biggest and best tournament ever” by World Rugby, which appeared to break records all over the place.
It saw record attendance figures, with official Fanzones reaching full capacity, and TV viewing figures also reached record levels.
Rugby World Cup’s official merchandise store on Oxford Street was forced to close due to overwhelming demand from the Japanese public following Japan’s shock win over South Africa in the group stages.
The 11.6 million-strong audience that watched Wales defeat England at Twickenham represented the largest rugby viewership in the UK since the 2007 final.
New Zealand’s 62-13 victory over France was a record winning margin in the last eight of a World Cup. The World Cup was also shown live in the Netherlands for the very first time. The list goes on and on…
It is on social media, though, where we have been able to witness a level of engagement unlike anything we’ve seen before. The competition’s opening ceremony and first match between England and Fiji resulted in more mentions than those which took place during the entire six weeks at the 2011 World Cup. A total of 6.8 billion views were generated by tweets about the World Cup over the course of the tournament, with #RWC2015 being used twice a second for the duration of the six weeks.
A total of 25million unique users visited the event website, whilst the official app was also downloaded 2.8million times. 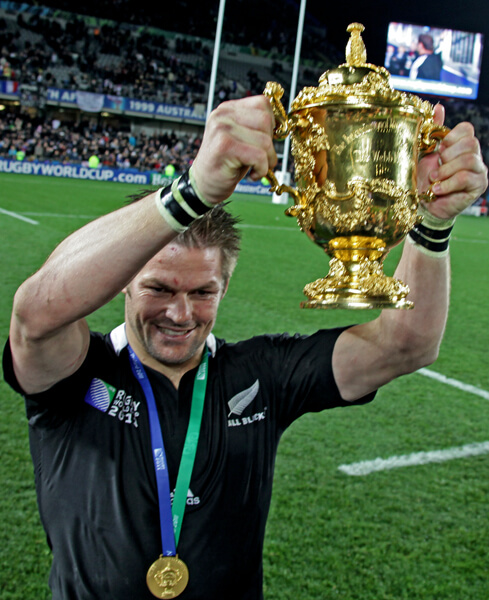 5. Japan stepped up ahead of its hosting duties in 2019
It’s hardly surprising that Japan is on the crest of a wave after their upset win over the South Africans, in what is arguably the biggest shock in Rugby World Cup history. But for some unfortunate scheduling, they would have had a great chance of reaching the knockout stages. The team was simply too tired to put up a real fight against Scotland just four days after humbling the Springboks.
A strong performance at the 2015 Rugby World Cup is exactly what the Japan camp would have wanted to increase awareness back home ahead of hosting the competition in 2019, in what will be the first time the tournament is to be held in Asia. After a hugely successful tournament in England, Japan will do well to match it.