Can Public Relations help Education out of the naughty corner?

Education can seem a world away from the communications industry at times, but should that really be the case, or are educational bodies missing a trick?

Debates around Education tend to follow a cyclical pattern and it is a topic under perpetual media scrutiny. You can’t go a week without opening up a national newspaper and finding the latest scandal or protest at a university or a school. With this in mind, it is strange that there exists a level of detachment between Public Relations agencies and the education sector. 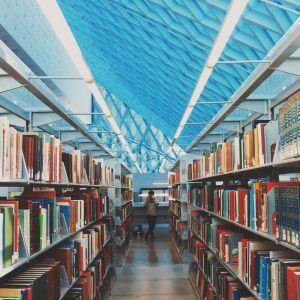 The media impacts directly on the whole education spectrum. The range of PR requirements that an agency can meet opens up a plethora of opportunities for umbrella organisations and institutions looking to communicate. But Public Relations requirements are not just limited to larger bodies: Individual Universities or Public schools often come under fire for any number of reasons and would benefit from external support.

Here are five areas where PR can help to revitalise the image of education:

The first step to forging a reputation is to identify what message you want to convey, and then to deliver this in such a way that people buy into it. Education is in an advantageous as the very nature of the sector aspires to benefit society. This is a strong starting point around which to hone a more focussed message. However, identifying your core theme is not enough, you need the skill to deliver on it in the wider media.

Education is a matter of national interest, impacting on our entire community on a daily basis. For this reason, it will always come under intense examination from the media. Having a means and a plan to deal with this is crucial. In a battle of seasoned journalists against an educational body, there will normally only be one winner. Don’t underestimate the difference that a team of experts who work in the media every day can make. You need to be in control of your reputation as much as possible.

Being proactive, not reactive:

One of the best ways to ensure some level of control over how you are perceived is to take a proactive approach by pre-empting potentially bad stories with good ones. You need to show off all of the positives of your organisation. Pushing out good news and positive stories is important as it builds a profile that people will then associate you with.

The public only seem to hear about the NUS, schools, academies and universities when something has gone wrong. You don’t have to wait for things to get bad – shout your success. You wouldn’t ignore your homework until after the deadline, so don’t do it with your reputation.

Example: The press the National Union of Students receive is a great example of this. The NUS positions itself as championing students to decide the future of education, yet the portrayal of the body in the mainstream media is generally negative. We only hear about the union when there is controversy such as the election of Malia Bouattia or the decision of a number of universities to cut ties with the NUS.  Either the NUS are failing to push out positive news about their organisation, or the content they are putting out is ineffective.

Another university has split from the NUS after the election of its new president https://t.co/uSUZeuLg65

Crisis Communications is a tightrope and having experts who know how to deal with and have experience of crisis situations are invaluable. Recruiting an agency who regularly help clients or organisations combat bad press is the first step towards putting education and journalists on a more level playing field.

Example: Don’t believe us? Well then look no further than the national coverage of The Rhodes Must Fall campaign, which is a pertinent example of how not to handle bad press. Oriel College failed to take the initiative and the consequence of this was the media seizing control of the narrative and painting a picture of the weakness of British Universities. Oriel were indecisive and conflicting in their public statements, serving only to exacerbate the issue. Institutions like Oxford are so large and renowned that they simply must have a clear and cohesive strategy on dealing with crises. “Must try harder in future!” The lifeblood of good PR is relationships. Everyone wants fluffy headlines and to reach their target audience but to achieve this you need to be talking to the right people. In the media this can be as simple as knowing which journalist to speak with and how to pitch an idea to them.

But this is not limited to the media. Politicians and government play an integral role in education, steering its direction and wielding the power to make the decisions that matter. Having the support of an agency who have an inside track on both media and politics can give any organisation an edge.

Leading on from this is the ability to effect change. Politics and education share an intrinsic link and this makes the advice of an experienced Public Affairs team hugely significant when looking to influence policy. But it’s important to note that PR and Public Affairs are best used in conjunction with each other.

An MP talking about an issue is of little help if no one in the media or government is paying attention. Equally, it’s no use banging the drum in the media if this is having no impact on those making policy in Westminster.

Used cohesively, PR and Public Affairs can complement each other to create governmental and media pressure simultaneously. For those looking to bring about educational change, it is imperative to marry these two facets together.