The Phenomenon of the Throwback Brand.

Reinvention has long been the story of many a brand’s successes. Although drawing inspiration from the past has frequently played an essential part of the development and design process, recent years have seen modes of inspiration repeated across a much shorter cycle. There is no doubt that evolving technologies and social media have contributed and impacted on the way we source our inspiration.

It is now not uncommon to be yearning after an item, trend or artist that was at the forefront of popular culture less than a decade ago.

Here we take a look at how brands are capitalising on this nostalgic resurgence:

Established brands such as Calvin Klein, Adidas and Kickers are just a few examples of the success with which fashion brands are drawing on cult classics and throwback campaigns to infiltrate the younger generations. Classic styles being recommissioned and branded logos a must.

Example: Calvin Klein have brought back the 90s Icons collection, using the original CK symbol and have used Lottie Moss, younger sister of Kate Moss who made the original collection so famous not so long ago. 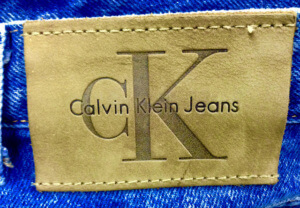 Whereas traditionally branding was a form of advertising and status symbol it now represents an ironic nod to the past and is used to make a statement by the ‘cool kids’.

Example: Successful beauty brand Benefit is a great example of how they’ve found their niche by captivating customers with their vintage inspired products and packaging. Benefit have shaped their products and messaging around a retro 1950s inspired era which is now synonymous with their name.

It’s essential to take note of these nostalgic led marketing and PR campaigns and to make the most of free opportunities such as the ever present hashtag #ThrowbackThursday which are showing no sign of waning.

#TBT to a few vintage Benefit products! Which oldies but goodies are you still hanging onto? pic.twitter.com/e6CI3m7uT4

It’s important to note that it’s not just fashion that sees this nostalgic movement across brands, products and campaigns infiltrating our consciousness.

Example: Record store day, held on the third Saturday of April was introduced in 2007 and Universal Music described it as ‘the single best thing to have happened to independent record stores’. 2015 saw a 30% increase in record sales and what was once a niche collective, has evolved to a point where vinyl records are available to buy with your weekly food shop in Sainsbury’s. With 1990s artists Craig David and All Saints back on the radio and selling out gigs, a new generation is discovering the joys of 7 Days and Pure Shores as well as fans old and new turning out for them.

This time last week: we were at the desert island disco wth Fatboy Slim and @laurenlaverne at @residentbrighton

This nostalgic yearn is even infiltrating 21st century technology with savvy designers creating nostalgic apps to be used on the latest smart phones. The 1980’s inspired games Space Invaders and Tetris are available on the app store amongst countless others. The cult classic Snake is soaring in popularity and even features the Nokia ’97 phone and keypad to play the game on the IPhone screen. Admittedly in a higher definition, the popularity of these throwback games show no sign of slowing down. Likewise, the app VHS Camcorder which was created to look like a 1985 camcorder was an overnight sensation after being created on a whim, and rose quickly to no.2 on the app store, with countless celebrities’ fans using it to capture their videos. The retro inspired element certainly adds to the PR story for these vintage inspired games and the breadth of media that would be interested in this is huge. 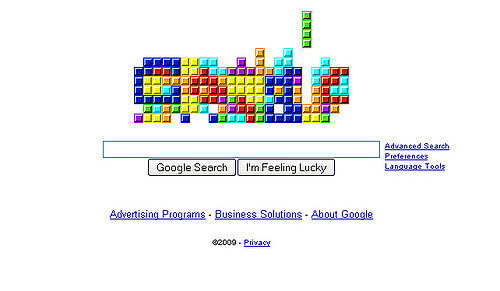 In PR is is absolutely essential to know your audience, and to ensure that your pitches are tailored. Although you may be discussing the same product, it is essential to know which elements to draw upon and highlight dependent on which media outlets you are speaking with and where you are seeking to gain coverage. In this instance, Tech press would be likely to be interested in the new technologies which allow for these retro games to be relaunched a

nd consumer outlets such as Buzzfeed are keen to reference current fads.

Blasts from the past

Although the way that we consume entertainment has evolved dramatically, the revival prevails here too. The Crystal Maze, one of the UKs most popular TV programmes in the 1990s sees a live return to London this summer as the ultimate throwback team challenge. The aim is still the same, to work as a team to reach the final challenge, The Crystal Dome and the hype around it has been unprecedented with a great deal of media attention. 2016 also sees the sequels of early noughties popular films Zoolander and My Big Fat Greek Wedding back on cinema screens and not forgetting, the long awaited Absolutely Fabulous film with a star studded cast based on the original 1990 television sketch by French and Saunders. Although you would think that the remake of a classic would be enough to incite media attention, that’s not always the case. With many brands seeking to gain media coverage of the back off an anniversary it is vital to note that the media are continually seeking fresh information, as well as weaving in natural opportunities such as #ThrowbackThursday. 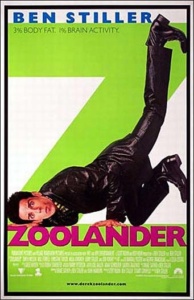 What can we learn from this?

So why is this nostalgic resurgence thriving? Perhaps our position as the rent generation sees us yearning for the familiarity and comfort of trusted and brands from the 80s and 90s. The fashion, food, music, film and even the technology of our youth seem to be returning as renewed incarnations of our old favorites.

For a generation that accepts a new Iphone release every six months and awaits ‘it’ apps and products appearing weekly, we are collectively rebelling against the constant need for upgrades with outcries for the original. While the demand for this nostalgic resurgence continues to grow, PRs and brands globally will use it to their advantage. Although it’s important to note that this is through through reinvention and reinterpretation not through repetition!