How to rebuild a battered brand

A stellar record as double Olympic champion and front man for London 2012, the greatest Games ever staged, wasn’t enough to protect Lord Coe from the eye of the storm. 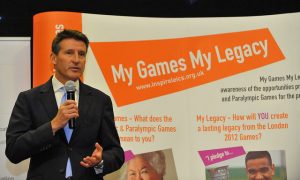 As the newly elected President of the International Association of Athletics Federations (IAAF), he had to admit it was “a failed organisation” after a coruscating 89-page report from the World Anti Doping Authority (WADA) laid bare the corruption embedded at its highest levels. He also had to defend himself from attacks on his integrity.

The lessons of this saga, which made headlines around the world, go far beyond the world of sport or sport governance. They apply equally to any company, however big or small, in any area of business with a name worth protecting. Your reputation is your most important asset. It is hard-won, but, once damaged, extremely difficult to re-build.

The misconduct at the heart of world athletics is an extreme example of what can go wrong at an organisation. It may seem a million miles away from anything you have ever experienced, or are likely to, but a crisis can erupt without warning in any business.

So, how do you go about rebuilding a battered brand?

There are four key steps in the process:

Sorry is the most disarming word in the English language. A genuine, heartfelt apology can take the heat out of a media firestorm – as long as it’s sincerely delivered. But, beware of the phoney apology; the media will see though it, your customers will see through it.

Lord Coe’s problem was that he had initially ridiculed suggestions the IAAF had covered up allegations of doping within athletics; that made his eventual apology appear grudging.

In 2015, at the inquest of two children killed by carbon monoxide poisoning on a Thomas Cook holiday nine years earlier, the company’s chief executive Peter Fankhauser refused to apologise. He was acting on legal advice, but Thomas Cook’s apparent heartlessness shredded its reputation, triggering days after day of negative headlines. A week later, he was forced to deliver a personal apology to the children’s parents at a private meeting and tour the TV studios to admit his error.

An example of an effective, well-delivered apology was the one given by Merlin Entertainments chief executive Nick Varney after an accident at Alton Towers in 2015 left four people seriously injured, two of whom lost limbs. He visited the site immediately, expressed his “devastation” and promised the company would take full responsibility. The victims would not need to go through a protracted legal process; the company would unilaterally compensate the victims.

Like the apology, the investigation needs to be transparent. In today’s media savvy digital world, where your company can be convicted in the court of public opinion, announcing a “phoney, kick it into the long grass” investigation will only invite ridicule. Appoint a stooge to lead it and your inquiry will be denounced as a whitewash. There needs to be visible clear blue water between your organization and the credible, independent figure you choose to lead it.

Yes, the investigation will buy you time – you can justifiably say you don’t want to pre-judge its results – but only if it’s widely accepted that your motives for setting it up are genuine. It needs to be obvious that you are seeking impartial advice, which will identify the causes of your organisation’s failings.

After the 1998 Salt Lake City scandal when members of the International Olympic Committee (IOC) were accused of accepting bribes to award the Winter Olympics to the American city there was a wide-ranging investigation, which led to the expulsion of several IOC members. 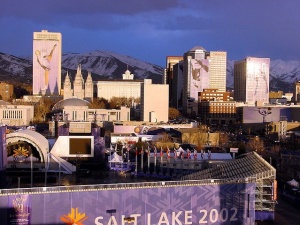 Contrast that to the scepticism which greeted the Conservative Party’s investigation into the suicide of a young activist, who had been the victim of alleged bullying. The solicitors appointed to lead it were deemed too close to the Tory High Command; the victim’s parents announced they would not accept its findings; and it was undermined even before it got off the ground.

Punishment is an important part of the process. When there has been wrong-doing those responsible must face the consequences. Sometimes – as in the case of the IAAF and FIFA, world football’s governing body, both embroiled in corruption allegations  – that is a matter for the criminal authorities and the judicial investigation can be left to take its course.

But, in many corporate scenarios, swifter action is needed and it has to come from the top. VW was caught up in the most serious corporate scandal of 2015 after being found guilty of rigging emission tests involving up to 11 million cars with diesel engines. VW’s USA boss Martin Winterkorn resigned, but that wasn’t enough to protect the VW brand because it was clear widespread cheating could not have taken place without the knowledge of senior figures throughout the chain of command. VW’s reluctance to confront this fact undermined its credibility. 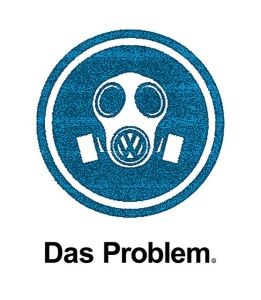 The buck stops with the man or woman at the top. In some cases only their resignation can draw a line under the scandal and allow a new leader to make a fresh start. But it’s simplistic to believe their departure alone will rebuild a battered brand. If a FTSE100 company jettisons the CEO but has no intention of learning lessons from their failure people see though it. And that’s not to mention the unfavourable headlines invariably generated by the departing boss’ pay-off and pension pot.

Reforming an organisation is the only way of signalling it has changed. Real, tangible reform – not a re-arrangement of the furniture in the C-suite. When a company says, “We have learned from our mistakes, we have changed”, the message must be compelling.

What is the problem? It might be cultural; the company admits it has lost its customer focus, cutting costs and delivering dividends to shareholders but failing to deliver an acceptable service to its consumers. Or it might be organisational; the company’s governance structure needs to be taken apart and re-built because, in its current form, it is obstructing effective decision-making and allowing corrupt practices to fester.

Or it might be personality-driven – the entire leadership team is incompetent and a wide-ranging clear-out is essential.  Or, finally, it might be that the company’s ethos and values are outmoded; it has failed to keep pace with the way the world has changed around it.

Whatever the conclusion, you need to be able to communicate it effectively. A simple test is to ask yourself:

“If I was being interviewed on television and was asked to explain how we have changed could I do it in 60 seconds without resorting to jargon, corporate-speak or obfuscation?” And could I back up my answer with one compelling anecdote that would bring it to life?

In the wake of the Salt Lake City scandal the IOC reformed itself, bringing in external members for the first time, and salvaged its reputation. Lord Coe, meanwhile, has unveiled a ten-point plan to reform the IAAF, introducing a streamlined governance structure with accountability at its heart.

Will it be enough to salvage his reputation and that of his sport? Only time will tell. But if as sure-footed and well-regarded a figure as Lord Coe can see his reputation trashed in a matter of months it is a warning to all of us that, no matter how strong we think our brand is, no one is immune.

The test is not whether you can withstand the battering of your brand, but how serious you are about re-building it.