Get the best out of your spokespeople

The key ingredient of a good story is a compelling spokesperson to tell it. Having strong spokespeople for your campaign, whether it be a CEO, an MP or industry expert, can be incredibly effective. Doing so offers real backbone to your campaign and a human voice to which the public can relate to and associate with your brand and its key messages.

Spokespeople do require management, however, and to make sure you get the best out of them be sure to plan ahead and be aware of what you want to achieve from the partnership from the outset.

This is arguably the most important part of the process. The selection of your spokespeople(s) needs to be well thought out.

If the spokesperson doesn’t relate to your cause, then your campaign will lack credibility and authenticity. It is wise to have a selection of spokespeople to call upon, a selection which will meet all the strands of your campaign and which you can tailor to each different media outlet, whether it be broadcast, print or social media.

Building a strong relationship with your spokespeople is vitally important, having a mutual aim to achieve the same goals is integral to your campaign.

It is vital that your spokespeople, both company and third party representatives stick to key messages and that these are communicated effectively. Hold a media training session and make sure that all parties are singing from the same hymn sheet. Failure to do so can lead to mixed messaging and convey a lack of argument or clear aim from the campaign. Media training is hugely effective to reaffirm the key strategy of the campaign and to provide spokespeople with simple ways that they can communicate complex information in a down-to-earth and succinct manner that informs and influences the public, rather than obviously plugging a company, product or argument. 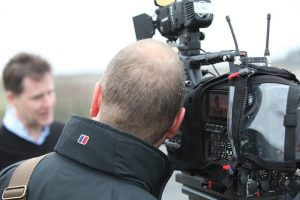 If you have a good selection of spokespeople, have built a solid relationship with them and briefed them successfully so that they are strategically prepared to speak confidently at any time then you will be in a place to maintain and nurture that relationship for much longer than the duration of your campaign. Once a spokesperson has bought into your organisation and your vision, you have an ambassador for life and this can be very useful for future press opportunities or for future campaigns.

When all of these points are followed, you can achieve a successful outcome generating positive and credible press for both the campaign and the spokesperson. In the case of Living & Dying Well, a campaign to successfully defeat the Assisted Dying Bill (330/118), we were able to beneficially use a wide range of spokespeople to generate significant coverage and increase the number of MPs against the bill to achieve our required outcome.