How to run a successful reputation management campaign

When it comes to protecting the reputation of your organisation, brand or personal profile there are many tactics and strategies you can employ (see our top ten tips here (link)).

Often the best way to protect your reputation is to take a pro-active rather than a reactive approach and in this example we illustrate how launching a PR campaign to raise awareness about an issue can, in the long term, safeguard your reputation.

In 2013 the long-term reputation of the British justice system was deemed to be under serious threat when Justice Secretary, Chris Grayling, proposed changes to the UK’s legal aid system.

Grayling discussed measures including price competitive tendering for legal aid contracts, the removal of choice of legal representation and an income cut off for legal aid for households earning and income of £37,000 per annum or more. He stated that these changes could save taxpayers £200 million.

Immediately there was a backlash from barristers, solicitors and members of the legal profession who believed these moves could seriously damage the reputation of the justice system. The argument was that by removing access to legal aid and creating a system where any company could pitch for legal contracts, the quality of British justice would be seriously undermined. 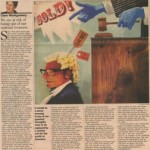 The Criminal Bar Association tasked The PHA Group with launching a PR campaign to put pressure on the Government to change their stance on legal aid, avoiding a system where the legal help could be sold to the lowest bidder and safeguarding the legal professions future reputation.

The campaign objectives were:

• To force the Government to take seriously the objections of the united legal profession.
• To allowing the legal profession time to put forward alternative cost-saving measures which maintain the fairness of the justice system and protect the rights of ordinary people.
• This was to be done within a 40 day consultation period. 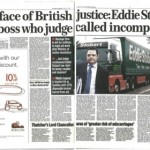 Our first action was to identify case study examples of personal stories that would resonate with the public and highlight the importance of legal aid.

One story we identified, for example, included a grandfather who was wrongly accused of possessing indecent images of children (actually holiday photos of his grandson). Without legal aid he wouldn’t have been able to afford the legal support which saw him found innocent of all charges within 30 minutes.

The next step was to target specific media outlets (including the regional, national and broadcast media), developing strong angles that would generate coverage and raise the profile of the campaign.

We placed coverage in publications including The Evening Standard, The Mail on Sunday and The Financial Times:

The campaign saw more than 40 pieces of national media coverage, keeping the issue firmly on the agenda of the public and politicians alike.

Through sheer weight of coverage and the public and political pressure this generated, we were able to force the government into shelving the proposed £220m cuts for a minimum of one year. A huge victory and one which has given the legal profession added time to prepare their arguments in a bid to save their livelihood and reputation.