It’s funny how the word globalisation is essentially a way to describe how the world is getting smaller. As technological giants – such as Facebook, WhatsApp, LINE, Google, and Apple – and their local counterparts begin to spread through every nation, we’re becoming ever more connected to our fellow man, regardless of where they are.

But while the distance may seem smaller, it’s important that we don’t make light of some key cultural (and linguistic, of course) differences that need to be navigated when we’re communicating with one another – particularly if you’re a business looking to talk to potential customers.

Generic, poorly-localised content – whether that’s PR, marketing or advertising – at best might bore, and at worst could offend and cause some serious reputational damage. To help you avoid the pitfalls, here are three things you should prepare for when coming up with your international strategy. 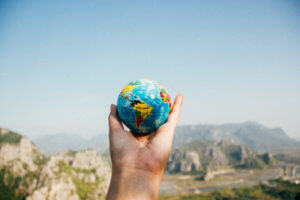 Let’s get the obvious out of the way – there is many a company that has fallen prey to translation gaffes. A couple of infamous examples include Ford marketing its Pinto model in Brazil (pinto being slang for ‘penis’ in Brazilian Portuguese) and more recently, HSBC’s unwitting ‘Do Nothing’ slogan. Let the laughter ensue.

But language choices entail more than double checking whether your product needs a different name abroad, or that taglines aren’t literally translated. It’s also about making a nod to local nuances, and understanding the gravitas of words. I like to use the example of the Japanese word natsukashii – the closest translation in English would be ‘nostalgic’, but while the English suggests long-gone childhood memories, the Japanese can be used in a wide variety of circumstances.

A tricky one indeed, as there’ll be lots of different factors in play. Is the market you’re looking to enter quite liberal, or conservative? Does it operate a hierarchical system, or is it a meritocracy? Do they care more about quality or price? The best way to check is to test your messaging on a small sample pool first before rolling out more widely.

A great example is Acer China who tested a slogan ‘Simplify my life’ as part of a campaign emphasising how affordable their PCs were. It didn’t resonate. After further exploration, it became clear that the focus on price was arousing suspicion among Chinese consumers that the products might not perform reliably. Normally considered a big-ticket purchase in China, consumers were far more concerned that their PCs would last the long-haul than whether it was dirt cheap. The brand changed their strategy and quickly doubled their market share. 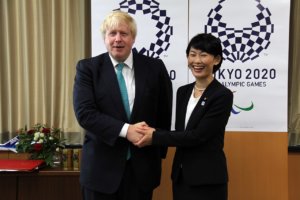 What you may take for granted as common knowledge, or on the flipside consider revolutionary in one country, is likely to differ from another. Be careful that your content doesn’t alienate audiences by jumping the gun, or equally by teaching them to suck eggs.

When Boris Johnson visited Japan on a trade mission in 2015, for example, he attempted to position London as a leader in fintech, preaching the benefits of a cashless society to Japanese technology executives by whipping out a contactless card. Except the Japanese already pay for many services using their phones, let alone cards – the audience was, understandably, bemused.

For internationally-ambitious brands, the world has never been riper for the taking. But a bullish approach to crossing borders is not the way forward – instead, content needs to be carefully planned to ensure it’s customised to fit the needs and expectations of that country. Whether you’re going in alone, or working with strategic partners, take the time to understand these differences and be flexible enough to adjust your messages as required. If push came to shove, you don’t have to call the car pinto, right?