Simon Dolan is owner of Jota Sport, a British motorsport team which competes in the European Le Mans Series and last year won the prestigious Le Mans 24-hour race, with Simon one of the team’s three drivers. He is also a successful businessman, who built SJD Accountancy into the UK’s biggest independent accountancy firm and a Partner in The PHA Group. In a series of exclusive blogs, Simon will give a unique insight into the thrills and spills of motorsport throughout the season – and explain how business expertise can drive success on the track.

Part One: Planning a successful campaign

Planning is essential if you want to succeed in business and motorsport is no different. Planning for the new season starts pretty much the day after the final race of the previous season.

The car, a Jota Sport Gibson 015S-Nissan, goes back to the factory, it’s taken apart bit by bit. We go through every conceivable detail. We try to look at everything we have learned from the previous season: what worked, what didn’t.

There are thousands of components, each part is marked, each has a recognisable lifespan – one year or a certain number of miles. If one part has failed during its life it goes back to the manufacturers and is looked at in minute detail. This is crucial. For example, a wheel-bearing failed at Le Mans two years ago, which meant a rear wheel failed, which caused me to crash at 130mph. The gearbox was smashed, our race was over. 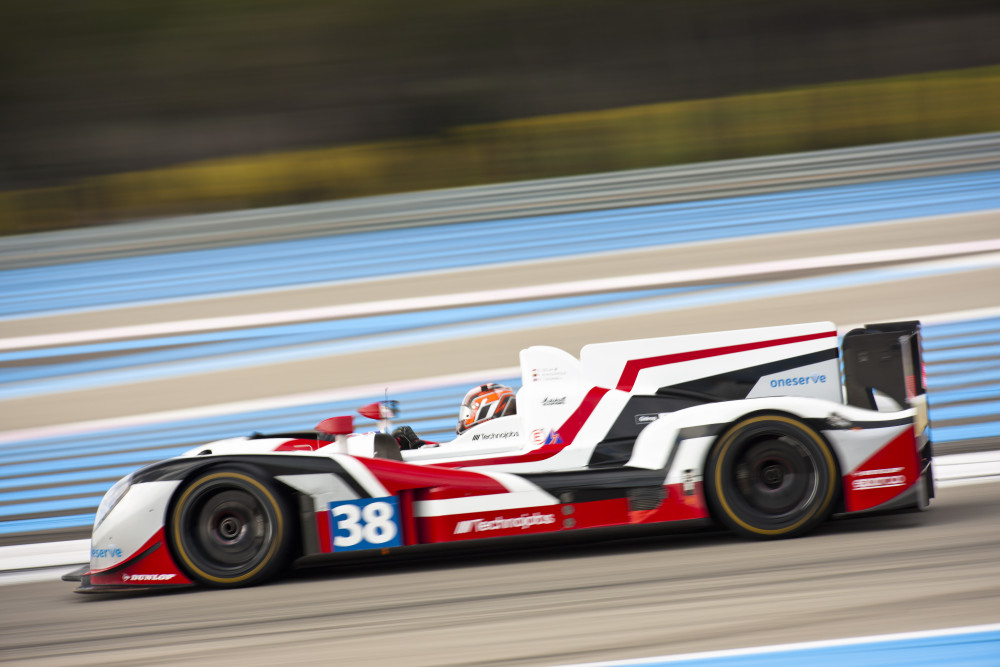 At the end of the season, it’s straight back into training for the drivers too. You need to keep fit during the winter. It may not look tough just sitting in a car but your heart rate is 145-150 and you’re in the car for up to two-and-a-half hours. You’re bracing against the G-forces, three to three-and-a-bit G in the car. The force goes through your core muscles so they need to be strong. There’s power steering, but you’re braced the whole time, you feel it in your neck, your forearms and your shoulders.

You need to have stamina, it’s like training for a triathlon or a marathon, but you need to do a lot of strength work as well. You get back in the car, get your car fitness back. There are muscles you use in the car, which you never use anywhere else. And don’t forget, the track temperature is 45 degrees so it’s gruelling.

Testing starts in February. We tested twice at Estoril and once at Aragon. The official two-day test took place in March at Paul Ricard in southern France. All our competitors were there so we got a rough idea of how fast everyone was, but they could have been sandbagging a bit – we certainly were!

The new parts put on the car over the winter were tested. They have been designed on a computer, but this is the real world. We ran the whole programme. Everything behaved the way we thought it would. We were pretty quick, no-one was much quicker.

We have a new seat, it’s been re-designed for safety reasons. There is a base seat and then an individual seat for each driver. My back was battered after one hour and fifty minutes in the car.

This weekend’s first race of the season at Silverstone will tell us what we can expect in the months ahead. I hope we can win the championship and win Le Mans again. We expect to do well in the championship. It’s difficult because there are a few new cars and you don’t know how quick they are going to be. Le Mans is unique. It’s such a long race. We expect to do well, but it’s easy for something to happen that’s out of your control. What you can do is be as prepared as possible, but there’s always an element of luck.

In motorsport, success is all about focusing on the day-to-day stuff and always asking: “How can we improve the car?” Bob Friend is the chief mechanic, it’s his baby. Tim Holloway is the chief engineer and designer, he’s ex-Formula One. I’m good at letting experts get on with what they are good at doing. It’s very similar to when I ran my accountancy business: I have never micro-managed. There are all sorts of things we could do to the car, but they have a cost implication. It’s difficult to wear two hats: one as a driver, who wants the fastest car possible, and one as team owner, having to make sure we can pay the bills. 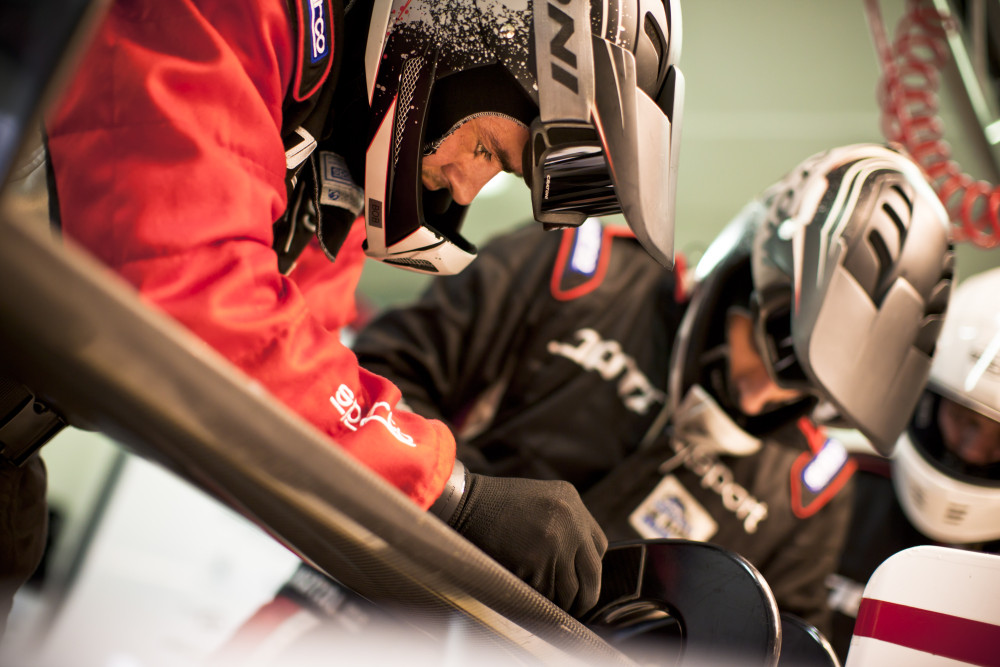 I tested with Filipe Albuquerque who, I’m delighted to say, will be driving with us again this season. And we’ll also have Harry Tincknell back – he did incredibly well in his debut season last year. For Le Mans, the team will be me, Mitch Evans, who’s a Mark Weber protege, and a third driver, still to be decided.

There’s a great dynamic between the drivers and the backup team. We moan about the things that go wrong and just accept the good stuff, but that’s all racing is: the quest for perfection. Everyone’s signed up to that, you’re always searching for improvements.

If people had the same mentality in business it would be transformational – if it had existed in my accountancy business I could have retired much sooner!

The engineers and mechanics feel each win or loss a much as I do. And they know, when there’s criticism, it’s not subjective because if something’s wrong you can see it in the data. There’s no hiding place. There are 32 pit stops at Le Mans. If you lose a second at every pit stop you’ll lose the race.

They are very up for criticism, it’s seen as part of the game. There’s no blame or backstabbing like you sometimes get in corporate organisations. The attitude is simply: “This is the problem. How do you fix it?” The corporate world could learn a lot from racing.