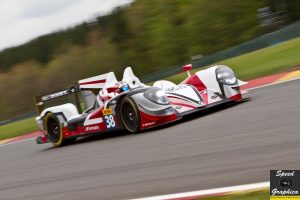 Simon Dolan is owner of Jota Sport, a British motor sport team which competes in the European Le Mans Series and last year won the prestigious Le Mans 24-hour race, with Simon one of the team’s three drivers. He is also a successful businessman, who built SJD Accountancy into the UK’s biggest independent accountancy firm and a Partner in The PHA Group. Throughout the season, Simon is giving a unique insight into the secrets of success on and off the track. In his third blog, he reflects on a dominant team performance in the World Endurance Championship race at the legendary Spa circuit:

Part Three: Patience is a Priority

We use Spa as a warm-up for the Le Mans 24-hour race because all the best teams in the world are there. It was a great win. We went up against the best and we smashed them. And it was a great experience for our young driver, Mitch Evans, who’s new to sports car racing, to take part in a race and deal with all that traffic.

When you have the perfect race you can’t always put your finger on the reason for it. Everyone nailed it. There were no reliability issues. The pit stops were spot-on. Everyone in the team performed at their best. It’s the culmination of tiny details across the board, working to make those tiny improvements from one race to the next. Perfection comes from preparation, not from luck.

We won despite a terrible start. We were fourth on the starting grid, but Harry Tincknell got a time penalty for a jump start – after the warm-up lap he started the race about two feet ahead of the car in third. That’s nothing but you can’t argue with the data, you see it on the screens, and for that tiny infringement, we lost 30 seconds. To make up that time in the course of a race is really difficult. You have to be that much quicker than everyone else on every lap just to get back to where you started, but sometimes when you are on the back foot you fight stronger. 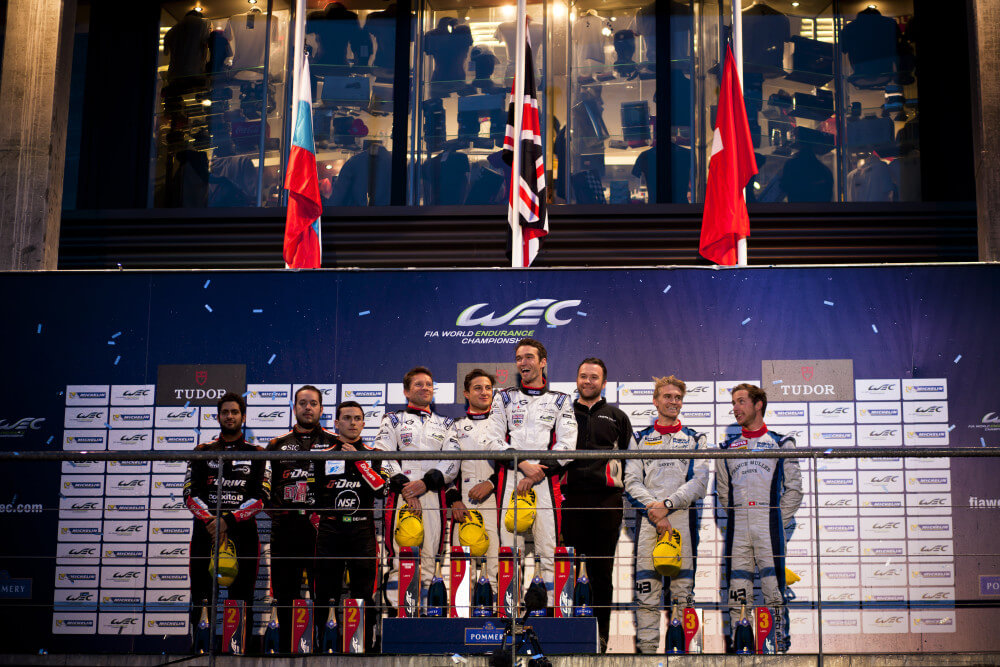 That’s what we did. We won by a huge margin; we recorded the fastest laps. It’s an important confidence booster. It sends out a message to your rivals, it puts down a marker. It’s like when a business wins an award, it’s good for the team’s self-confidence, but it also makes people outside the business take you seriously. It’s like The PHA Group winning a prestigious BT Sports Industry Group award last week that maybe they weren’t expected to win. They won despite being in competition with the biggest agencies. When you do that it makes people look at you in a new way.

Race management is crucial, in particular managing your tyres, and we did that very well. At Spa, you had to make them last two stints, each stint being about 50 minutes. If you drive hard in the first few laps when the tyres are hard they will be too slow in the last few laps. You have to manage your pace in the first five or six laps. It’s difficult because you want to drive as fast as you can from the outset, but if you do that you’ll get nowhere in your second stint. It’s all about having the discipline to do the right thing and hold yourself back. You have to forego the instant gratification. 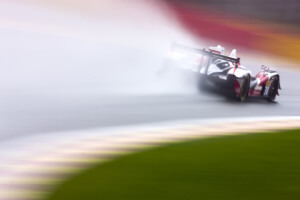 Spa is everybody’s favourite track. It has a bit of everything: elevation changes, challenging corners, slow corners, fast straights, changeable weather. It’s the most fun to drive, it just seems to flow. They’ve tried to re-create that with the new F1 tracks, but it’s very difficult.

Spa is the best circuit and Le Mans is everyone’s favourite race. We’ve just announced our team for the 24-hour race. Oliver Turvey will be joining me and Mitch Evans. Oliver was part of our winning team last year, but had to be parachuted in at the last minute when we lost one of our designated drivers just a couple of days before the race. It’s good to have the line-up confirmed with a few weeks still to go; there are enough surprises at Le Mans, without having a new driver coming in at the last moment. The more time you have to prepare physically and mentally the better.

Our next race is at Imola so the focus is on that now. It’s a four-hour race so a little different from Spa. There are slightly different ways of cutting up the strategy. Then, from Imola, it’s on to Le Mans for the test day and we’re into the countdown for the 24-hour race – the biggest challenge of the season.