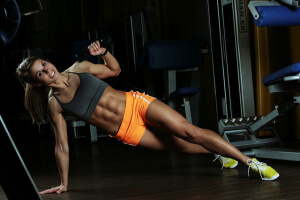 It was recently reported on MailOnline that personal trainer Kayla Itsines had become the latest #Fitspo sensation after earning herself an astonishing 700,000 followers on Instagram by simply showing off the results of her fitness regime. Kayla is just one of many of the up and coming stars on Instagram who post selfies doing workouts and handstands as fitness inspiration – ‘fitspo’ for short. This begs the question of what exactly is Fitspo?

And more importantly, is it a good thing? Fitspo is kind of like a healthier and happier version of Thinspiration. Where thinspiration arguably focuses on glamorised photos of very thin women; Fitspiration consists of blogs and photos devoted to those who pride themselves on being fit and healthy.

Posts can vary from photos of fresh healthy food, green juices and women doing impossible yoga poses to body transformations and motivational messages. Instagram has now become crowded with these posts from yoga teachers, personal trainers, ballet dancers and weight trainers who share pictures of their six-packs and snaps of their healthy lunches. For these people, their bodies are a walking billboard; toned, muscular and unattainably perfect.

Jen Selter from New York is the forerunner of this trend with over 3 million followers lapping up her every post. Just one picture of her on a workout ball or squatting at the gym can garner as many as 80,000 likes, and thousands consider her a fitness inspiration – including Rihanna!

Once she achieved 300,000 followers, sponsorship offers piled up from companies including Nike, Lululemon and New Balance, among others. She has since quit her gym job and secured deals with water company NY20 and a nutrition supplement company, Game Plan Nutrition, for which she is a spokeswoman.

While the professional fitspo stars like Jen pride themselves on their beautifully lit, filtered and framed pictures, there are some who set up accounts for a different purpose: not to inspire others, but to motivate themselves and generate accountability.

These people will often state their current weight and goals and post before and after shots to encourage themselves and others to keep on target. It is clear from the popularity of fitspo that many consider it a positive influence in their lives, something which enables them to visualise health and fitness success and adopt healthier eating habits.

Although, there are some critics who believe fitspo can propagate female objectification, dehumanisation and can result in body image issues. These people argue that promoting an appearance that fails to come easily or naturally to a substantial portion of the population could result in many setting themselves impossible physical goals and turning towards dangerous practices such as over-exercising or disordered eating to reach their target.

This is all the more amplified when fitspo bloggers edit their pictures so that all imperfections are removed. Taking this into consideration I think it is important for people to realise that, like many things, Fitspo has its pros and cons.

While some may use fitspo images to motivate themselves and improve their lives, others may find the images fuel their self-hatred and body image issues. Ultimately, I believe our individual interpretations of these images will determine whether fitspo is a positive or negative trend. But what do you think?