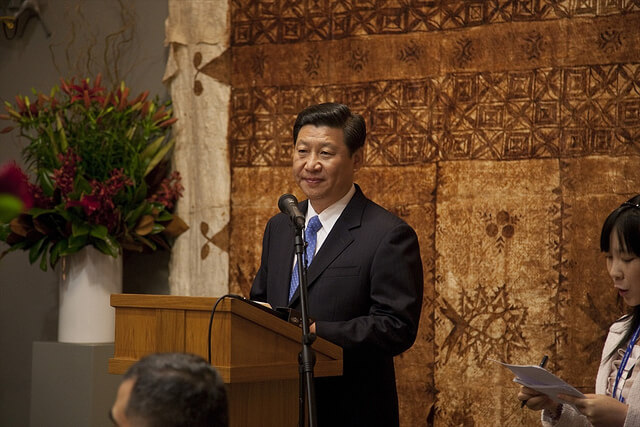 Home to over 1.3 billion people (equivalent to around 20% of the global population) and the second largest economy on the planet. It’s a statement that is not up for any debate, China is an undisputed global superpower in almost every respect.

I say almost every respect, because while China are perennial Olympic challengers, securing 38 gold medals in London in 2012, when it comes to the biggest sports on the planet, they remain conspicuous by their absence.

Football has an estimated 3.5 billion fans worldwide, Cricket has 2.5 billion while Field Hockey and Tennis have 2 billion and 1 billion respectively. What’s more, all of these sports boast huge followings in Asia. Japan and South Korea are regulars at FIFA World Cups while the World T20 demonstrated the ecstasy that cricket invokes in the population of India.

They are 81st in FIFA’s men’s world football rankings and they don’t feature at all in the ICC’s cricket tables. In the men’s outdoor hockey ratings they are languishing in 19th place. Li Na is the most notable name China has produced in tennis, winning two Grand Slam titles – but she has now retired.

China’s economy may be slowing down as it completes its latest lap, but Chinese sport never even got out of the blocks in the first place.

What is remarkable is that the appetite for sport in China is huge, an estimated 350 million Chinese football fans watch Barclays Premier League games regularly. Yet this has not translated into domestic excellence or any notable performances on the International stage.

Chinese President Xi Jinping has drawn criticism on the world stage for his perceived militarism, but he might actually be the best thing to happen to sport in China in a long time. He is an avid football fan, supporting Manchester United (look, we can’t all be perfect).

What drives President Xi is a desire to host the 2034 World Cup in China and Chinese officials have moved to demonstrate their country’s love of the game by putting football onto the national curriculum. If Xi wants to achieve his World Cup dream, Chinese football will need coverage from all over the world and this is the challenge now facing China. But while it is a challenge, it is also a huge opportunity for clubs, investors and businesses from overseas to benefit.

The Chinese Super League works in a franchise system of sorts, whereby each team is owned by a company or tycoon. For example, Guangzhou Eevergrande, the current champions, are owned by conglomerate Eevergrande group.

This puts Chinese clubs on powerful financial footing and explains their ability to splash out tens of millions on the likes of Jackson Martinez (£33 million), Ramires (£25 million) and Alex Teixeira (£38 million) in recent transfer windows. But this is not simply mindless spending on the part of these sides.

So keen is Xi to improve the profile of football in China that clubs in the Chinese Super League are being offered incentives to perform well. Clubs have the opportunity to secure tax breaks or free land to build training facilities based on their performance. With real estate groups enjoying a predominant share in ownership of most of the clubs, the chance to secure free land from the state is hugely appealing.

The UK government seems to have recognised the potential long-term benefit of investing in sport in China, recently agreeing a £3 million deal to support grassroots football in the country. There is also a partnership in place between the Chinese Super League and the Premier League. The hope is that Britain will train Chinese coaches to a more professional standard. This is commendable forward thinking by both the Premier League and the government (and it’s not often we can say that).

What is surprising is the negligence shown by various other sporting bodies when it comes to engaging with the Far East. The International Cricket Council are symptomatic of this. They have allocated a feeble £30,000 to growing the sport in China while making very little effort to present a suitable application for Cricket to become an Olympic sport. This feels like an oversight – the funding opened up by cricket becoming an Olympic sport in China could have a profound impact.

There is also a fantastic opportunity for English clubs to form partnerships with their Chinese counterparts. English clubs are very attracted to breaking into the US market but China is already more assimilated to football and could be far more lucrative. Added to this is the fact that the Chinese Super League and its teams will be looking to grow their brand more actively.

Pre-season tours are more often than not a commercial occasion as much as preparation for any football these days. Manchester City and Manchester United will both be touring to China in 2016 but Chelsea, Arsenal and Liverpool will all travel to the USA.

That is not to say that attempting to break into the Chinese sport sector will be easy for anyone, but should they manage it the potential of the market is limitless. The challenge now is whether leagues, teams, companies and bodies can find a way to make this work. It is not just about peddling their own brand in China, President Xi will be desperate to see collaboration that opens up support for the Chinese Super League abroad.

Giving sport in China its own identity will be a tough task, exporting it will be tougher still. What is not lacking is the desire of China to achieve this and the financial clout to back up Xi’s whims and rhetoric.

When China wants something, it usually gets its way. If the Premier League and English clubs play their cards right, they could facilitate the rise of a new power on the world footballing stage and open up some exciting new financial avenues in the process.

The potential mutual financial benefits of a successful Chinese Super League and Barclays Premier League working in tandem are mind-blowing, even by today’s monetary standards. Just imagine Manchester United lining up against the ‘Xi Jinping All-Stars’ – it sounds like a sponsors dream.

Sport in China is in its infancy and the Chinese state is always unpredictable, but if ever there was a risk worth taking, this looks like a pretty good bet.