Donald Trump has been President for little over a week, but there has already been significant political change. In that time Theresa May held hands with the new President at the White House, mass protests broke out in London and the UK in relation to Trump’s controversial immigration policy, and 1.5 million people signed a petition in protest against Trump receiving a state visit.

These events mark the significant problems that Theresa May’s government face with Donald Trump.  On the one hand, Trump has been hugely supportive of Brexit, has spoken positively of his “Scottish roots”, moved Winston Churchill’s bust back into the Oval Office and talked up his wish to quickly secure a trade deal with the United Kingdom. This has reassured many within the Government that the so-called special relationship will flourish.

Thousands of people gathered in cities across the UK this evening, including Glasgow, Manchester, Edinburgh and Cardiff, to voice their opposition to Donald Trump’s travel ban targeting several Muslim majority countries. Take a look at the powerful scenes from London in our latest Instagram Story. Photo: @eleni.stefanou

On the other hand, Trump has shown himself to be volatile and controversial. His recent executive order preventing refugees from entering the US has resulted in his reputation amongst the British hitting rock bottom, with 10,000 protestors demonstrating outside Downing Street with just a day’s notice. The Prime Minister has also come under criticism for not being quick enough to denounce Trump’s Immigration ban, instead simply stating “the United States immigration policy is a matter for the United States”.

In reality, Trump’s Presidency represents a dangerous balancing game. If handled well, May could create a strong relationship with the United States, akin to the Reagan and Thatcher days. Furthermore, a potential US-UK trade deal would be hugely beneficial to the UK economy going forward and would be a threat to the European Union who Trump has denounced multiple times.

Actor Shia LaBeouf has been released following his arrest earlier this week at an anti-Trump art installation in New York. The "He will not divide us" installation aims to run for as long as President Trump is in office. People who pass by are invited to visit @movingimagenyc to deliver the words "he will not divide us" into a mounted outdoor camera, repeating the phrase as many times and for as long as they wish. Photo: Timothy A. Clary/AFP/Getty Images

However, if this relationship can only be achieved by May curtailing to every single one of Trump’s whims and wishes, and refusing to steadfastly oppose the policies he puts in place, she will face severe criticism in both the press and her party in the UK.

Coincidentally, however, if May decides to actively disagree with any controversial policies that President Trump might pursue, it could jeopardise any positive future relationships, trade deals, or cooperation on other important issues (e.g. NATO, intelligence sharing, etc.) that the UK might hope to work with the United States on.

Ultimately, it can be argued that whatever route May and the government take there will inevitably be pitfalls attached.  For the Prime Minister, the only option available to avoid damaging her relationship with the notoriously thin-skinned President is to somehow craft a personal friendship with him. This will allow her to challenge him on policy objectives whilst protecting British interests with the United States. 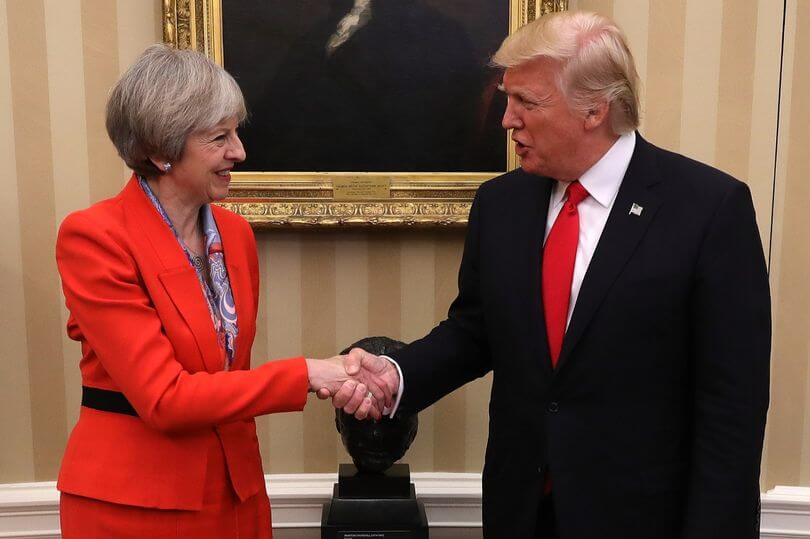