The PHA Group’s Public Affairs Team have been celebrating after getting a double whammy at The Public Affairs Awards last night. The black-tie event, which was hosted by Sky News presenter Adam Boulton, took place at the Park Plaza Riverside and 4 members of the PHA team attended. 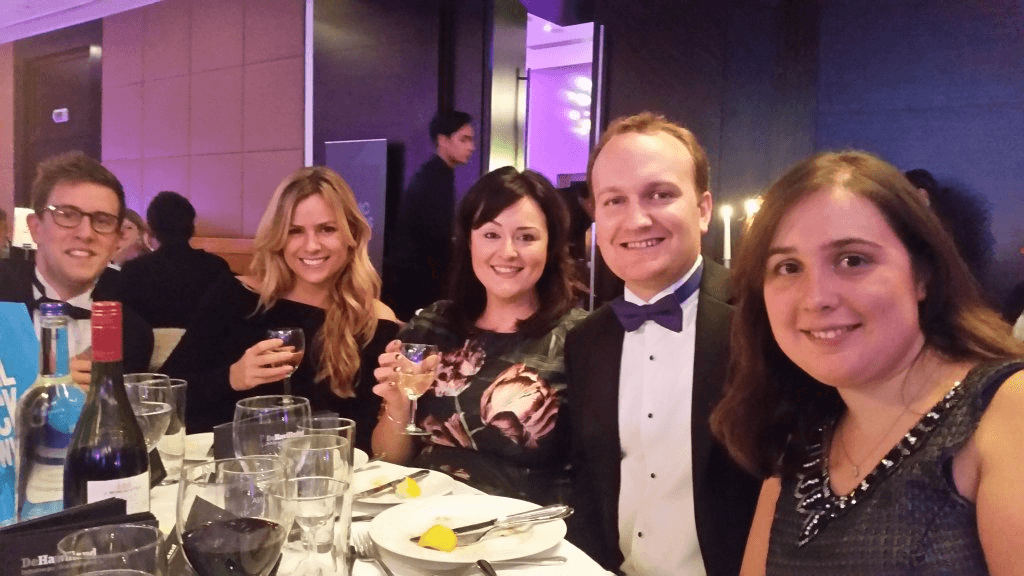 In a room packed with the hottest talent in the public affairs industry, we were delighted to win both of the awards that we were shortlisted for, despite stiff competition in both categories.

For our work with Living and Dying Well, we received the ‘Consultancy Campaign of the Year’ Award in recognition of our work on the campaign that resoundingly defeated the Assisted Dying Bill at Second Reading in September 2015. This campaign demonstrated the value and impact of The PHA Group’s integrated approach, using a powerful combination of public affairs, PR and social media to secure a result for our client. The judges recognised our campaign for its clear strategy and consistent messaging, the creativity of our execution, the profile secured for the client, the sophisticated intelligence data captured, the shift in parliamentary opinion achieved, and ultimately the result when it came to a vote in parliament.

We were also extremely proud to be awarded ‘Party Conference Event of the Year’ for the ‘WOW: Championing Working Women’ event we organised at Conservative Party Conference for Jacqueline Gold, who wanted to move issues affecting working women up the Conservative political agenda. Our fringe was one of the most popular events at the Conference, and the judges singled us out, praising the innovative and professional approach we took as well as the event’s impact beyond the conference. Needless to say, we were thrilled to be recognised in this way. 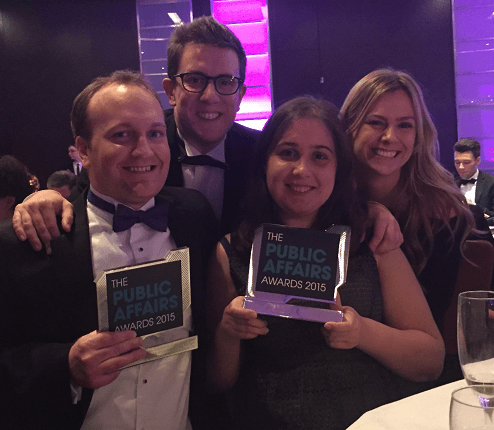 For the PHA Public Affairs team, this is a great way to round off an incredible 2015: we have won some significant campaigns, taken on some exciting new clients and doubled the size of our team. We are looking forward to building on this success in the New Year.