By all accounts the Conservative Party seems to have rallied post-Brexit, it is now the turn of Labour to face an existential crisis. The gist of it is that they are trying to oust their leader who is proving surprisingly difficult to shift. With Angela Eagle strong-armed out of the leadership race, in order to pool the anti-Corbynist votes, we are left with just one challenger, Owen Smith. So, why is this election happening? Who is Owen Smith? And, what is the likely outcome?

Since the downfall of the Blairites, Labour has been lurching to the left. This began with Ed Miliband but was catapulted forward by Jeremy Corbyn who came into power on a wave of unprecedented grassroots support. The people who politics forgot saw him as a vessel for the change they had wanted for so long. He represents the far left wing of the party yet by leaning so far left Corbyn is alienating the centre ground voters, a vital political battlefield. This is where elections are won and with Corbyn dragging Labour kicking and screaming to the left he is ignoring the centrists. What is more, with Labour unceremoniously vacating the centre ground, Theresa May and the Conservatives will have the opportunity to take Labour’s place in appealing to those centrists. In fact, recent polls show that 2.5 million Labour voters prefer Theresa May to Jeremy Corbyn, a demonstration of the ground he has lost Labour. All this has resulted in a complete loss of confidence in Corbyn’s ability to win elections in Westminster. They fundamentally do not believe that Corbyn will be able to appeal to the majority of the country and win the next election, particularly as the Conservatives seem to be rallying around a popular leader. 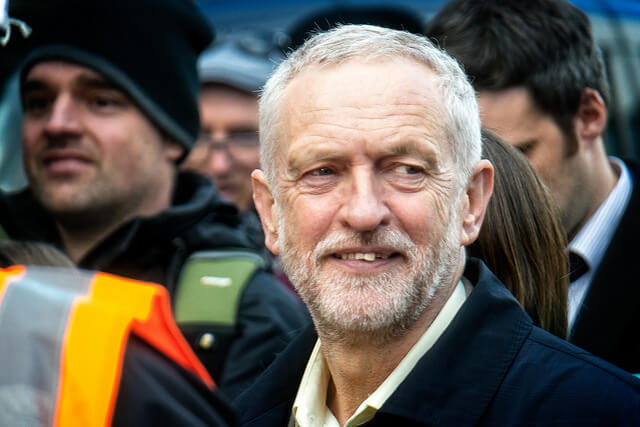 But the question on most people’s lips seems to be ‘who is Owen Smith?’ Someone who outside of the Westminster is widely unknown. The MP for the safe seat of Pontypridd, Smith has been a member of the shadow cabinet under Ed Miliband and his rival Jeremy Corbyn. He was a part of the wave of resignations under Corbyn. These resignations were triggered for a number of reasons, Corbyn’s perceived lack of leadership in Westminster, his firing of Hilary Benn a long-term well respected Labour MP and his lacklustre Remain Campaign during Brexit.

Originally considered a Blairite, Smith appears to be advertising himself as a responsible left-wing politician with a chance at winning a general election. This swing to the left appears to be his attempt to attract Corbyn’s core support base. Most likely it will be followed by a lurch back to the centre should Smith be successful in his campaign for leader. Perhaps most prominent was his early promise to hold a second EU referendum should he get into power, however like Corbyn Smith has proclaimed himself pro increased social justice and anti-austerity but claims he will be more able to “smash the Tories back on their heels” as he so notoriously put it. As a candidate, he is a little rough around the edges and perhaps his claims of being a radical socialist feel a little forced but he does have the vast majority of the MPs’ backing. Unfortunately, it is the members he now has to win over. The problem here is that the majority of the people who seem to support Smith appear motivated by the fact he’s not Corbyn rather than their feeling inspired by him. He’ll have to do better than simply being the only other option if he wants to win this election.

Ultimately the likely outcome of this bitter leadership election will see Corbyn come out on top. He still holds a lot of support from the unions and the grassroots of the party and with the surge of membership during last year’s leadership election mostly made up of Corbynists he will likely be successful again. This will quash any potential leadership challenges until the next general election. So realistically we would be looking at a one-party state for the next four years as the Conservatives will continue to pull comfortably ahead in approval ratings.  More worrying there is the potential for the Labour party to split, unlikely perhaps but not unprecedented and is reminiscent of Labour under Michael Foot which spawned the party that would eventually become the Liberal Democrats. This would set back Labour, or what was left of it, more than the four years of Jeremy Corbyn leadership. It is not to say however that Owen Smith cannot win, he can, but he faces a mountain rather than a hill to climb.