The importance of Pride – Liam Hackett, Ditch the Label 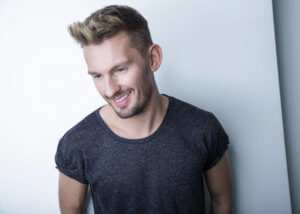 By Liam Hackett, Ditch the Label

Pride season is upon us and now is a great time to reflect on why the celebrations are so important. The reason gay pride takes place in many cities across the world is for communities to unite to take a positive stand against homophobic attitudes within society.

In 1967, sexual acts between two men were decriminalised, so long as they were kept private. Just let that sink in for a second: 50 years ago, it was illegal to be gay – sounds ridiculous doesn’t it? Following decriminalisation, there were still leaps and bounds to be made to tackle homophobia and discrimination of the LGBT community. At the time, just because it was legalised, did not mean that it was accepted.

The first Gay Pride parade in London was held in 1972 – with 2000 people in attendance. Since then, Pride celebrations have spread to cities across the world. Today, pride is an opportunity for LGBTQ+ people to come together, celebrate their identities and strive further forward towards a society free from prejudice.

LBGTQ+ rights have come a long way in more recent times, but let’s not forget that there are others who are still having to suppress their sexualities and gender identities because society does not accept them. Members of the LGBT+ community have endured decades of discrimination and abuse from every corner of society and still do today. Same sex relationships are still illegal in 74 countries across the world. 13 of those countries enforce the death penalty for the ‘crime’ of homosexuality. It is mind-boggling that in today’s society, a person can be killed for loving somebody.

We need LGBT+ communities and their allies to stand shoulder to shoulder in defiance of regressive behaviours and work together to encourage a shift in attitudes and change for the better. That’s why at Ditch the Label we live by these values:

So, this pride, make sure you take a moment to reflect on the meaning behind the revelry. We can’t wait to see you there!