Success of The Sun paywall is key 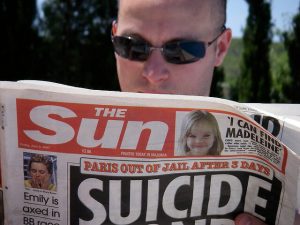 There is a huge battle being fought by a section of the press which will play a vital role in its future.

No, it’s not the Royal Charter row, which of course is monumental.

It is over a question which has perplexed and divided newspaper owners for years, not just here but across the globe: how can they profit from online news?

Associated Newspapers has its own model with the Daily Mail: blitz the online version with a bombardment of news, including showbiz stories – and keep it free.

For a detailed look at how it did it, read here

But as the free Mail Online marches on, News International (or News UK, as it is now known) has always come at the issue from another standpoint. Top-level executives at Wapping do not believe news should be given away for free.

After testing the water with the Times and Sunday Times (subscribers now top 150,000, according to the company) from July 2010, the online version of Britain’s biggest selling newspaper, The Sun, is now behind something the younger, Internet-weaned generation find almost offensive – a paywall.

The paywall conundrum has many twists and turns – we get our news for free elsewhere anyway, Twitter often breaks stories faster than newspapers, and rolling TV news means newspapers are already a day behind many big events.

But now, readers who want to see The Sun online, need to register and pay. To set itself apart from competitors (including Twitter et al), The Sun has moved to offer increased content, including videos of Premier League goals, Sun TV, and introductory offers available to its online offering.

Critics derided its launch as “disastrous”, with analytics suggesting monthly site visits in its first few weeks and time spent browsing had plunged. Only one figure appeared to have gone up – the bounce rate.

City experts have been reported as declaring The Sun will need to attract more than 250,000 subscribers to cover the predicted loss of online advertising and recoup the £30m-plus it paid for the digital Premier League football highlights.

A lesson in how this all works can be found across the pond, where the New York Times recently reported paid-for digital subscriptions had risen to almost 600,000.

The delicate nature of the online/advertising/traditional balancing act is summed up with the fact that at the same time both print and digital advertising at the paper suffered year-on-year declines.

Love it (as millions do) or loathe it (as millions, no doubt, also do, or at least say they do), The Sun is a vital component in the British newspaper industry. Newspapers themselves will survive as long as they continue to move with the times because, despite on-going issues, professional news gatherers will always have the upper-hand on social media as they win the credibility stakes.

But all eyes are on The Sun online’s paid-for model as it will reveal so much about the appetite among the true mass market in paying for online news.