Mark Lewis from The Brilliant Training Company, looks at whether it’s content or delivery that is the key to great communication.

The recent televised debate between Donald Trump and Hillary Clinton gave a fascinating insight into the art of communication.  People of course have very differing views on Donald Trump.  At times he breaks every rule in the political/communication rule book – but is still very much in the race. 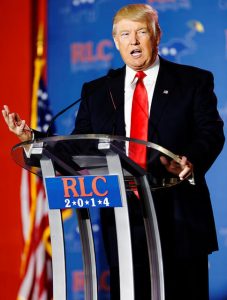 So Trump is perhaps a great example of the eternal question ‘Is it content or delivery that is the key to great communication?’.  The people who sign up to his candidacy perhaps don’t ask too many questions about how he plans to deliver on his promises, but what they do seem to love is his robust and very uncompromising delivery style – and perhaps more importantly – the way he makes them feel!

With the Presidential race in mind, it’s worth looking at the current occupant of the White House.  Barrack Obama is seen as many as the ultimate communicator but as with so much communication it’s not what is said, the content, but more how it’s said – and Obama has this skill down to a fine art. 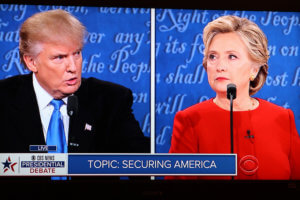 Image courtesy of Bill B, flickr.com

While in 2008 Obama ran a very effective campaign it was really his prowess as a communicator that elevated him from a State Senator to the 44th occupant of the White House.  Most of us have witnessed one of Barack Obama’s speeches and have been impressed by his effortless oratory skill (he is generally regarded as one of the world’s great speakers) but here is the question, can we really remember any of the facts, statements, policies or thoughts that he shared with us, apart from perhaps his rallying call of ‘Yes We Can?’ (which I’m sure was borrowed from Bob the Builder!).

The message here is that when Obama speaks it’s often not what he says (the content)  that is so powerful, but more the way it is delivered.  When he speaks, and when his magic works, he creates a connection. 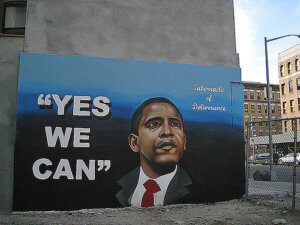 Communication is of course about informing – but truly great communication, communication that really connects with the listener is about creating an emotional response in the listener.  As the famous quote so rightly states ‘They won’t remember what you said – but they will remember how you made them feel’.  Perhaps this is the secret of the Obama magic.

As for the Donald or Hillary question?  Well all will be decided on November 8th  but one thing is for sure – the person who next sits in the oval office will be the one who ‘persuades’ enough people – and that persuasion will be achieved via communication.