﻿ YOU’VE GOT A GREAT BUSINESS STORY – NOW GO AND TELL IT! 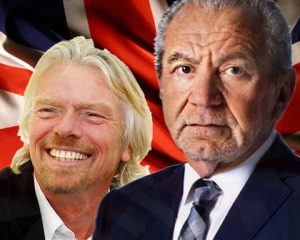 Image attributed to addicted to success

As Business Editor of The Daily Telegraph, it was a great privilege to meet the chief executives, chairmen and directors from some of Britain’s biggest companies.

Many were wary of a perceived business-bashing culture. The fall-out from the 2008 crisis engulfed the wider corporate community, not just the banks that triggered it. The public were cynical and full of disdain for big business. Too many business journalists adopted a Paxman-esque “Why is this bastard lying to me?” approach, always judging and rarely trying to empathise.

In a toxic anti-business environment, it was easier to keep your head below the parapet than risk getting shot. The chief executive of one of the UK’s biggest firms, a global behemoth, told me how difficult it was to persuade talented people in his company to take promotions to the most senior positions. Too many reached a certain level and decided they didn’t want to go further. They were afraid of public scrutiny – easier to have a quiet life than risk being on a journalist’s radar.

Occasionally, that mentality extended to chief executives themselves. One, who was running an interesting company with a distinguished heritage and a good story to tell, seemed to regard the entire hour we spent together as an exercise in avoiding landmines. So afraid was he of saying anything remotely controversial that he barely said anything at all, let alone anything interesting. It was one of the longer hours of my life.

Coming from my previous job as Deputy Editor of The Sunday Telegraph, where I more often met senior politicians than business leaders, this was a surprise to me. When you sat down with a Cabinet minister or a leading Opposition figure they were rarely short of a story or an opinion. Sometimes the difficulty was getting a word in edgeways. Few seemed scared of their own skin.

As a former journalist, turned public relations consultant, my message to any business leader – whether you’re running the biggest public company or the smallest family business – would be to have the confidence to tell your own story.

Yet even those who should be shouting from the rooftops sometimes prefer to avoid the spotlight. When I was at The Daily Telegraph, we partnered with the London Stock Exchange, who published an uplifting book, “1000 Companies to Inspire Britain”. We decided to produce our own supplement, featuring fast-growth SME success stories, but some of the companies we contacted were surprisingly reluctant to get involved.

Why? Were they worried about tempting fate? Or, that in this country, if you build yourself up, people will soon try to knock you down? You can’t imagine too many entrepreneurs thinking that way in the US.

The anti-business narrative hasn’t disappeared – Russell Brand’s one-man anti-capitalism crusade is its latest incarnation – but it should be challenged. One of The PHA Group’s clients did that to great effect recently. Ian Baxter, who runs a logistics firm, Baxter Freight, wrote an open letter to Brand, which was published in The Times.

“My name’s Ian and I’m a capitalist – I invest capital in my business expecting a return, “ he wrote.

Baxter started his company a year ago and already employs more than 70 staff – one of 4.9million small businesses who have created jobs for 24.3 million people.

“Do you really think this is such a bad thing? If you do, I’d love you to visit my business and tell me what you’d do differently”.

It was an elegant, confident riposte. It was also a great way of generating publicity for a young company with an ambitious £100m sales target by 2018, but which also wants to be a model employer, inspiring and empowering its staff.

Ian believes he has a great story to tell and wasn’t afraid to get on the front foot. In our forthcoming series of Business Insight blogs, we’ll tell you how you, too, can tell your own company’s story.