Horsemanning you must be off your head!

Horsemanning is the latest online photo craze to go viral, and a bizarre one at that. It is thought to have originated in the 1920’s based on the myth of the ‘The Sleepy Hollow’ in which the ‘Headless Horseman’ beheads villagers.

The pictures that have been popping up all over the Internet are, thankfully, not of this sinister nature. With a postmodern twist on the ghostly tale, parodies include human heads in pizza boxes, sitting next to them on the sofa and being thrown in the bin. Charming isn’t it? 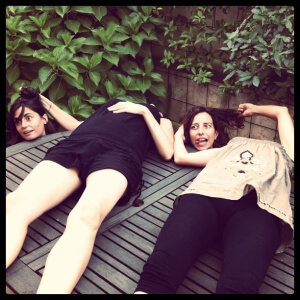 This follows a series of photo crazes that have been going viral throughout the year. The first to spread globally was ‘planking’ which involved taking a picture of yourself lying face down in a random or unusual location. ‘Owling’ was the second craze that, true to its name, is sitting in an owl-like position and capturing it on camera…

Somehow I don’t think I’m alone in thinking this is a bizarre trend! The cynical part of me is wondering how on earth this has gone viral?

It takes one look through the images to realise it has gone viral for the very same reason millions of videos do each year; it’s funny. The light-hearted humour of the pictures makes people laugh, share with their friends and join in themselves. And after browsing the pictures for much longer than anticipated, the optimist in me has decided that… I love it.