Fintech: A Startup By Any Other Name

With London Technology Week behind us, and the UK’s first fintech unicorns (companies valued at over £1bn) announced, fintech’s popularity is scorching headlines. In fact, it’s burning through the business world.

However, you might also have noticed the latest fintech startups becoming more and more creative with their branding. In particular: brand names that now range from the artfully misspelt to the completely baffling.

This creativity seems to stem from the desire to stand out in an increasingly crowded market. It’s beginning to resemble the rush hour train from London to Aylesbury with everyone crammed into a single sweltering, economy carriage. And they all want the much-coveted upgrade to Business Class.

So then what’s in a name? Does creative naming help or hinder a fintech startup? Can it help you get the golden ticket?

Finding the right name for a product, or even for the small business that makes it, is notoriously tricky.

The general understanding is that there are different ‘genres’ of fintech startup – banking fintech, consumer finance fintech, wealth management fintech, payments fintech, investor or incubator fintech. However, like any other set of definitions, there is a great deal of overlap – ie. between consumer finance and payments.

This presents a unique challenge.

How to make something meaningful and memorable whilst working within the relatively narrow parameters laid out by trailblazers and recognised by the target audience? An audience, I might add, that is more digitally and financially aware than ever before.

In a recent article in City A.M., they looked at five tech startups seeking to disrupt the financial industry that have caught the eye of some of the world’s leading firms in the sector.

All winners of a search for startups creating new technology by RBS, Lloyds and American Express, and the Department for Business (amongst others), include a savings app, a company using visual cryptography to create secure passwords and a money laundering detection service.

But if you look at this list of the five winning names, can you pick out which three I’ve described? Here are your options:

As it turned out, when I first read the article, I was surprised at how little I understood what they did.

The only name I instantly connected with was Squirrel, which turned out to be what I expected: a platform to help you ‘squirrel away’ some savings.  Bubbal too I figured out eventually (it connects people to small local retailers via an app). Mainly because it reminded me of ProtectMyBubble.com.

The others, however, left me stumped.

Is it a misspelled ‘suave’, chosen for the domain name? An allusion to a Secondary Wave because fintech 2.0 is like the follow-up to an earthquake? Perhaps simply a twist on ‘swathe’? Or maybe they snapped it up from Urban Dictionary, where it’s defined as a phrase coined by Brooklyn rappers H Squared to mean ‘a level above swag or swagger’?

Do any of these tell me what it does though?

Turns out though that Swave is a personal savings platform. Winning the consumer financial literacy category, the app monitors spending and encourages users to save.  Looking again, the name suddenly makes more sense. Take out the ‘w’ and it’s ‘save’, put in the ‘w’ and it alludes to a plethora of different ideas. It’s clever. It’s unexpectedly dynamic. 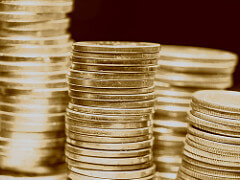 Yet when I asked the office the question: ‘what do you think a fintech app called Swave’ does, the replies varied between ‘an app to help people find suave clothes’ to ‘a surfing guide’.

For a young company with even younger technology, the initial ambiguity could be problematic. It is, perhaps, too clever for its own good.

Moreover, whilst it has won an award for its innovation and been lauded for its ability to provide great user experience, it’s possible to see why some investors might be deterred as early as the brand name.

The same could be said of Mentat – which, incidentally, my phone continually autocorrects but which is apparently a reference to the fictional Dune universe. Like Swave, it’s a clever name. The platform provides amazing innovation. In context, it’s easy to see why it’s a winner in the eyes of some big players… but without googling, can you really see what either is for?

Compare them to TransferWise, LendInvest, Funding Circle. These are brands with simple, obvious names and also three of our UK fintech unicorns.

That’s not to say that none of the more creative names haven’t taken off. Seedrs works brilliantly. TrillionFund includes a fantastic story about how much it will cost to undo environmental damage. Cake, the new restaurant payment app, has garnered great attention because it ‘lets you pay with Cake’, makes paying ‘a piece of cake’, gives users a ‘taste of the sweet life’ etc. Sometimes the humour in the story or in the name can work.

City A.M.’s article admittedly does not go into great detail on the brands in their article, nor their creators. Indubitably, a huge amount of thought went into them.

Having asked what startup investors and venture capitalists think is important,  perhaps these top tips might help:

Investors think it’s best to avoid names that need a lot of explanation or marketing to remember. It’s important to not be too clever by half. And even more imperative that the name not disappear beneath the waves of someone else’s mojo.

For many fintech startups wanting to be the next billion-dollar unicorn, it’s vital to disrupt – not just slightly wobble – the boat. The need to stand out is paramount.

So whilst the hope is to do this with a stellar product, why start at a disadvantage with a weak name, or a name so clever no one understands it?

It’s the first sticky point, the first idea that customer engage with.