Digital dating: a revolution or the dilution of romance?

As the world becomes more digitally crazed and the internet is branded a fourth utility, we’ve witnessed a considerable rise in digital dating with hundreds of dating websites and smartphone applications promising to find you that special someone.

The evolution of apps such as Tinder, Hinge and Happn and websites that can be well integrated into ‘on-the-go’ lifestyles have exploded in popularity and contributed towards the social acceptance of digital dating in westernised culture. Once considered a desperate or somewhat ‘seedy’ measure to meet a potential partner, more and more singletons are signing up to dating apps and websites at the chance of finding love.

The formerly taboo, shameful topic that wasn’t widely covered in the British media is now regularly featured in credible media outlets such as The Guardian and The Telegraph with journalists frequently volunteering to trial dating services themselves. The Telegraph’s Katy Ball recently boarded on the love child of East Coast Trains and Match.com, a.k.a. the first ever train to host a dating event.

Thanks to the transparency of the internet, digital dating stories have been forced out of the back pages of UK newspapers and into the spotlight with plenty of advertising to support them. Most media outlets now even host their own dating service to rival digital platforms, such as The Guardian’s ‘Soulmate’ online dating website.

According to LeadingDatingSite.co.uk, who carried out a quantitative assessment of online dating in the European markets, there are an estimated 7.1 million users of digital dating services in the UK. This means that more than 10% of us are currently using mobile or online dating services. Now such a huge part of contemporary British culture, the UK’s first dating awards will be hosted this October as reported by the Evening Standard.

So what is it that’s made mobile and online dating so popular and what impact is this having on the type of relationships produced by such platforms? Well, undoubtedly having a system that takes the effort and awkward encounters out of asking someone out is, in itself, extremely appealing and the charming game-like format of apps like Tinder are a popular feature. It’s fun, simple and convenient and provides you with a ‘match’ in a matter of minutes.

But the kinds of relationships that materialise from this format are literally based on ‘face value’ and I’m not confident that this somewhat shallow attitude towards finding a long lasting relationship should be heavily relied on. Users are incredibly recognising that Tinder benefits ‘hook up’ style relationships the most and the app has been referred to as the ‘late night fried chicken shop’ of the dating world. 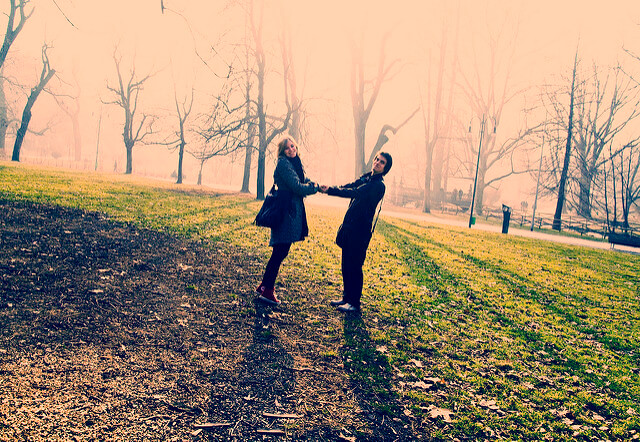 Dating websites such as Match.com, eHarmony and OkCupid try to differentiate from apps like Tinder and boast a much more in-depth matchmaking service through the study of profiles and credentials which, in turn, provide more profound matches. However, to achieve this result, these websites do of course require more effort with extensive questionnaires and profile studies as opposed to the swipe n’ like format of mobile apps.

Through our work with Berkeley International, an entirely ‘offline’ elite introduction agency, I’ve come to realise how important psychology is for two potential matches and for this reason alone, I don’t doubt that the study of profiles and behaviour can provide suitable matches. However, one thing that dating website’s extensive criteria questionnaires do promote is the ‘checklist’ of a perfect date meaning expectations can become unrealistic.

Digital dating has now become so diverse that there are specific dating websites for cat lovers, horse lovers, salad lovers and the strangest of all; adult baby and diaper lovers, as recorded by Buzz feed last year.  While I don’t doubt that this will expose you to a whole field of like-minded individuals, it does make me wonder if we’re forcing romance into a specific box and dismissing ‘natural chemistry’ which could, effectively, set us up for disappointment.

My concern is that digital dating services are diminishing the romance element in dating and promoting a shallow and less natural, robotic process of finding a partner by enabling increasingly specific tick boxes and premature judgements. I don’t believe that long-lasting, meaningful relationships should be founded on aesthetics and an ‘ideal’ but rather the spark that voluntary romantic meetings and getting to know someone entail.

In a recent study by Michigan State University, it was discovered that married couples who met online were three times more likely to divorce than couples that met in person and 28% are likely to split from their partner in the first year of their relationship. The study found that couples that met through personal introductions and more traditional methods had a better quality and longer lasting relationship which supports my theory.

After attending a matchmaking festival in Ireland, Janet Street-Porter recently called for more traditional matchmaking services in an article on the Mail Online and I have to say, despite being a fully immersed resident of the digital age, I agree with her.

Don’t get me wrong, digital dating is undoubtedly more in tune with the average 21st Century lifestyle and I do think that with some regulation and guidance, for example, the UK dating awards, online and mobile dating can benefit society. However, I just think the digital dating world should be taken with a large pinch of salt.

My advice to singletons would be to determine how serious you are and the level of commitment you are willing to apply, don’t let apps and profiles overcomplicate your love life and don’t get too disheartened when your dating journey doesn’t go exactly as planned. If you invest as much time into maintaining relationships as much as you do pursuing, surely, you won’t be disappointed.