Five celebrities who must avoid a PR crisis in 2015

Fame is a transient construct. You can never get too comfortable in the world of showbiz. One minute you’re at the top of your game…a critically lauded album at Number one, a movie dominating the international film charts, a tour that’s filling stadia all over the world…but all it takes is one flippant, off the cuff remark, one poorly thought out comment to create a ripple effect that changes the tide of public perception.

In a split second, you can fall from hero to zero and the media turns from once ‘making you’ to now ‘breaking you’.

We’re all human, we’re all guilty of making impulsive remarks and this is why the wisest of celebrities grasp the importance of retaining clued-up PR and crisis management advisors. So when their own actions engender a negative, critical response, their media advisors can tailor an appropriate mea culpa and create lots of new positive press to displace the negative that’s doing the rounds.

As we ease ourselves into 2015, I wanted to reflect on five high profile individuals whom I feel could benefit from a spot of attitude adjustment in the New Year. Individuals with real talent and something to offer who could win over a lot more people if they simply warrant a little more thought to the words they put out there. 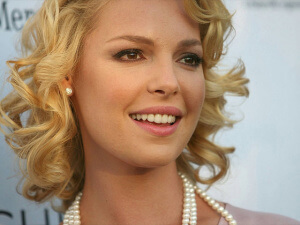 In a recent interview with The Hollywood Reporter, Queen of Thursday Night US TV Shonda Rhymes made a telling remark. Referring to the most watched drama on US network TV at the moment, she commented that “there are no Heigls” allowed on the set of Scandal. A reference to Katherine Heigl, who starred in Rhymes’ first TV smash, Grey’s Anatomy.

A landmark character back in the early days, speculation was rife when Heigl left the show. Was her refusal to throw her name in the hat for Emmy consideration interpreted as a negative indictment of the material she was given on the show? Or did she think she was too big for the small screen now her movie career was skyrocketing? Heigl’s negative image, however, escalated incrementally after a highly publicised interview with Vanity Fair, in which she talked about the movie Knocked Up.

Widely considered to be the film that propelled her to A-List status and an A-List salary, Heigl branded the movie “a little sexist”, claiming that the film “paints the women as shrews, as humourless and uptight, and it paints the men as lovable, goofy, fun-loving guys”.

Heigl’s comments catalysed a media storm with people attacking her for seemingly biting the hand that feeds her. But, for every mistake, there is a potential for growth, and Heigl responded very graciously to the recent Rhymes interview, expressing her hope that she can change the acclaimed producer’s opinion of her.

Back on TV with new NBC espionage thriller State of Affairs, Heigl is clearly an intelligent, gifted and highly capable actor and producer. She just needs to choose her words more carefully so she doesn’t alienate future employers! 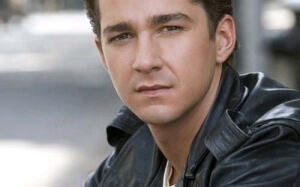 I think people USED to think that Shia LaBeouf was pretty well adjusted for a former child star. And the Hollywood studios certainly approved his transition to leading man status when his movies began to open at number 1 at the box office. Lately though, the strange behaviour has proven a little hard to ignore. Stepping out in public with a bag over his head scribed with the words ‘I am not famous anymore’, prompted many to question what the hell was going on.

Behaviour like this will catalyse m,. the big studios into thinking you’re a liability…and if you’re perceived as a liability in Hollywood, your job prospects will suffer. A bit of time out to recalibrate will certainly do LaBeouf the world of good right now. 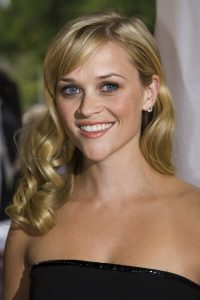 I love Reese Witherspoon, I really do, she’s a fine actor, she has masterfully immortalised some cracking characters on the silver screen in the past and Gone Girl proved that she has a formidable talent for producing really compelling material. But…I can’t help but think that the quality and the integrity of the roles she has taken on in the last couple of years have been somewhat questionable.

The association that I’m making is that ever since she was arrested and charged with disorderly conduct for getting belligerent with the arresting officer, the movies she has starred in seem to be less talked about. Questioning the authority of the police officer wasn’t a smart move, but asking him if he knew who she was!? A major celebrity faux-pas that comes across as insanely obnoxious. Reese apologised for her conduct but at the end of the day, a celebrity is a brand and the incident certainly damaged her brand perception. If celebs want to be top of the list when it comes to edgy, innovative and challenging scripts that are sent out by the studios, a little humility goes a long way! 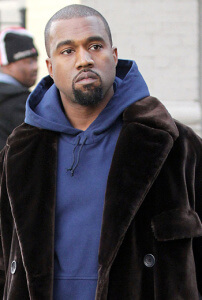 You’ve got to laugh at Kanye West, he comes up with some classic one-liners: “I am God’s vessel. But my greatest pain in life is that I will never be able to see myself perform live.” (VH1Storytellers); “I am not a fan of books. I would never want a book’s autograph.” (Reuters); “And the thing is, for me to say I wasn’t a genius, I would just be lying to you and to myself.” (Jimmy Kimmel Live).

Up until fairly recently, Kanye has always been able to justify the egotism because of the quality of his music. But the combination of a heavily-flaunted marriage with Kim Kardashian and an ever-increasing arrogance and lack of modesty may have taken its toll on the fans’ patience. The last studio album, Yeezus, in my opinion, was a cracking album! Audacious, experimental and different. And the rave reviews are totally warranted. But, one can’t overlook the fact that the album did not perform as well commercially in comparison to his previous studio releases. The mixed reaction from the public is reflected in its sales. It debuted at the top of the Billboard but units shifted quickly waned and the sales figures marked his lowest solo opening week sales in the US.

Projected to sell half a million copies in its first week, sales fell below industry forecasts and label expectations. Sure, an alternative marketing approach, early leaks and internet piracy probably didn’t help but at the end of the day, to stay relevant, mainstream and popular, you need to keep the fans – the people that spend money on your brand – onside. And a good attitude really helps. 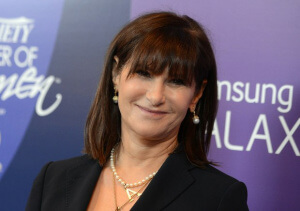 I conclude my list with Amy Pascal, the Sony Picture Entertainment bigwig at the centre of THAT email hack which dominated the international news agenda at the end of 2014.

The hack caused considerable humiliation, not only to Pascal, but to Sony as an entire company. E-mails between Pascal and producer Scott Rudin were peppered with critical comments levied at Angelina Jolie, with Rudin referring to her as “a minimally talented spoiled brat”.

The photo of Pascal encountering Jolie for the first time after those emails surfaced spoke volumes. Simply put, it was toe-curling, you could cut the tension with a knife. In another email exchange with Rudin, Pascal suggested that President Obama would especially enjoy the movies Django Unchained and The Butler. One can understand why news reports were quick to brand Pascal as “racially insensitive” and “racist”. My advice to Pascal moving forward?

Well, actress Lisa Kudrow has hit the nail on the head in my opinion: “Don’t write anything you don’t want broadcast”.