The Only Way Is Dramality Shows 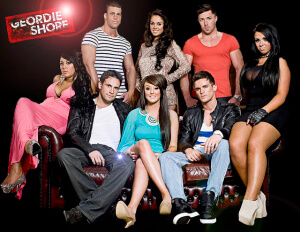 This week saw the final episode of the second series of Geordie Shore. As the episode came to a close, I found myself feeling a little sad and asked my housemate “what are we going to watch now?” “It’s fine,” she replied, “Made in Chelsea starts next week.”

This is what my life has come to – excitement over the chance to peer into the lives of the ‘real life’ characters of The Only Way is Essex, Made in Chelsea, Geordie Shore and even Desperate Scousewives.

And it is not just me who seems to be obsessed with these programmes. It shows in the viewing figures – the opening episode of series 3 of The Only Way is Essex reached more than 1.7 million viewers. The show has also been winning a number of British Television awards beating fictional dramas such as Downtown Abbey and Sherlock.

The ‘Daddy’ of this type of television show The Only Way is Essex arrived shortly after the end of Channel 4’s Big Brother in 2010 as a crossbreed soap-opera documentary. Viewers of the programme are left guessing as to how much is real and how much is manufactured – somehow coming to the conclusion that everyone does end up in the right place at the right time and life really is that dramatic! The viewers find themselves living vicariously through the loveable (and not so loveable) characters. Interestingly enough the producers of the show seem to all have backgrounds in drama as opposed to documentaries, which seems to then be conveyed in the show.

From a PR perspective, one can’t help but notice the flurry of product placement and celebrity endorsement that comes off the back of these shows. The Sugar Hut nightclub in Essex, owned by TOWIE stars Micky and Kirk Norcross, has certainly become THE place to be in Essex. Its Twitter page has a huge following of 120,000 purely from featuring on the show. Lauren Goodger, in particular, is often photographed endorsing products –recently pictured in a lingerie store with a mountain of bags emblazed with the brand’s logo. In terms of PR, this kind of celebrity association is extremely effective. From the public’s perspective, it’s more natural than advertising and is a perfect way to target the appropriate audience and customer.

The new ‘reality’ TV craze is undoubtedly hugely successful but, like any craze, must at some point move on or simply wither and die.

However, until then I, for one, will continue to be a happy and excitable viewer.