Each week, it feels, a new diet dominates the headlines, whether it’s the Atkins-inspired cutting of carbs, the Mediterranean Diet of plentiful fresh fruit and veg, or indeed intermitted fasting, the choices are endless and there is always something ‘new’ to try. But, whilst there may be an abundance of choice, lack of longevity is something a lot of these diets have in common. 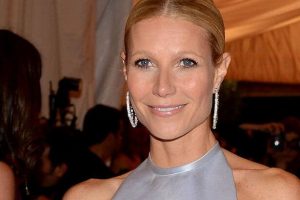 One notable trend which has been quietly moving its way up the popularity scale is going ‘gluten-free’. Once primarily a diet born out of necessity for the gluten-allergic masses, it is now fast becoming a lifestyle choice for many who simply want to maintain a trimmer silhouette. Miley Cyrus follows it, as does Gwyneth Paltrow, and it appears now that so does the British public.

Gluten is a protein found in grains, and is typically quite difficult for the body to digest – it is widely reported to cause bloating, skin conditions, heartburn and fatigue amongst other problems. But as a nation, Britain has been the victim of gluten overload in recent years, all due to the significant increase in the uses of highly refined flour in our everyday food, and it is now that the effects are starting to show – 45% of the nation is now reported to have gluten sensitivities and people are choosing to ditch the Gluten in an effort to avoid the wrath.

How are supermarkets responding to this trend?

Reported to be one of the fastest growing food categories in the past 4 years it would seem that Supermarkets are well and truly jumping on the Gluten Free bandwagon. Consumer demand for Gluten Free produce is on the rise, and big chains like Sainsbury’s, Tesco and Asda now finding themselves having to cater for the masses, with shelves and isles dedicated to a plethora of Gluten Free goodies. Sainsbury’s ‘Free From’ range, for example, offers a great variety of breads, cereals, pasta’s and sweet treats, and high street coffee shops like Costa Coffee are bucking the trend with their Gluten Free Cherry Bakewells and range of sandwiches.

What are the PR opportunities?

It has been duly noted by these retailers that this is very much a lifestyle choice which is here to stay and that the way forward is to respond to the trend and meet customer demand. But there are of course benefits to these chains in riding the wave – being seen to support a variety of diet lifestyle choices will appeal to the general public and from a PR perspective it opens up a window of opportunity for supermarkets to talk about this trend and the great range of product available. It can be used as strong leverage to help position these supermarkets at the forefront of trend and really shout about their ability to adapt to ever-evolving consumer demand.