With the upcoming remake of F. Scott Fitzgerald’s novel, 1920s ‘flapper’ fashion has found its way back to the catwalk and into the high street. 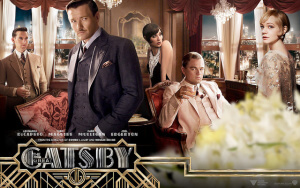 It is difficult to determine what came first – Baz Luhrmann’s announcement of the remake of F.Scott Fitzgerald’s novel, first adapted in 1974 and starring Mia Farrow and Robert Redford. Or fashion’s swing towards the 1920s style.

Either way – we’re elated. Whilst we eagerly anticipate the all-star-cast 3D-epic set for release in December this year, we have been delighted to see drop-waisted and beaded chiffon dresses all over the SS12 catwalks at Ralph Lauren, Gucci and Marni. And now on the high street, particularly at TopShop. 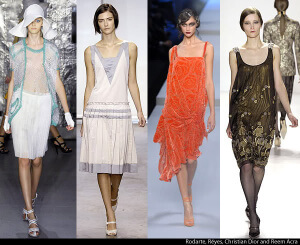 Though we have seen very little of the new Gatsby-remake (the odd picture of Carey Mulligan adorned in strings of pearls, a diamond headpiece and swathes of fur, we do know that Tiffany have outfitted the cast with jewels inspired by its 1920s archives. Ashley Olsen has also loaned the cast from her collection of vintage dresses.

With cinephiles and fashion lovers alike agast at the prospect – the Great Gatsby is sure to influence our summer fashion choices and Christmas cinema-going experiences this year!