The best Christmas advert of 2018

We’re feeling festive thanks to all of the great Christmas adverts that are appearing on our screens! Gone are the days of waiting to see your favourite brand’s advert on television; now you can head to your social media channels and see the advert at your leisure and share it with your friends.

We’ve created a  list of the most notable campaigns, along with our added opinion of who’s come out on top in the Christmas advert war this year…

Let’s start with the big dog. Sorry to be cliché, but we couldn’t compile a list like this without mentioning John Lewis. They have taken a rather untraditional route this year by starring Sir Elton John, featuring ‘Your Song’ and recreations of Sir Elton throughout his life. The advert ends with a very young and cute Elton John opening his first piano for Christmas with the tagline, ‘some gifts are more than just a gift’, suggesting that this gift shaped his career. We are big fans of Elton, but as for the advert, the link between a young boy receiving a piano for Christmas and growing up to become a star is a little weak. Where are the bells? Where is Santa? Granted, past John Lewis Christmas adverts have included a man on the moon and monsters under the bed, which some may argue doesn’t exactly scream ‘CHRISTMAS!’, but they were full of sentiment and a strong sense of storytelling. This year’s advert felt more like a teaser for Sir Elton John’s biopic film, Rocketman (due to be released in May 2019).

The piano featured in the advert is also worth over £800 and considering Sir Elton John grew up in a council house, it is also unlikely that the average working-class family in the 1950s could afford such a luxury. In fact, how many of us watching the advert can afford that? Lidl saw this as an opportunity and Tweeted a hilarious response:

Just because you don’t have £872 to spend on a piano, doesn’t mean you can’t be the next Elton. #EltonJohnLewis pic.twitter.com/TakObmWfqr

With over 25,000 likes, Lidl has managed to gain serious recognition at no advertising cost. John Lewis however reportedly spent £7 million on this year’s advert.

The department store has created the most buzz around their Christmas advert than any other brand since 2007, but according to The Telegraph’s recent poll – their latest ads have never lived up to the original. Has the pressure of generating new ideas and exceeding expectations gotten all too much for John Lewis? Capturing an audience, whether from a comedic or sentimental angle doesn’t have to cost millions, perhaps John Lewis should go back to basics with a strong story instead of a famous face? 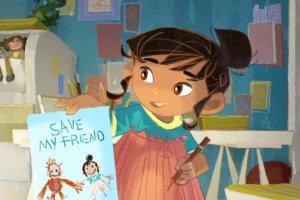 Once again, the power of social media has given us an exclusive preview. Perhaps the most thought-provoking advert this year, Iceland’s advert was deemed too political to appear on TV. The animation tells the story of an orangutan who has had his home taken away and his mother killed due to the deforestation that is undertaken to produce palm oil. Despite it being banned from TV, Iceland took a stand and decided to share this advert with their followers and viewed over 15 million times. There is also a petition to air the advert on TV, which has received over 670,000 signatures. The advert has been very successful in terms of sparking conversation around the consumption of palm oil and the supermarket chain have been commended for their advocacy. It has even opened some great collaboration opportunities for Iceland as Selfridge’s are now stocking their mince pies to show support for their efforts. That’s the great thing about social media, rules can often be broken and it is so easy to share things you like or dislike with a community and rally an audience together.

A simple and humble concept that tells the story of a school play involving some ridiculous costumes and amazing voices. The ad features a young boy dressed as a plug, which led to a trending hashtag, #PlugLife. This lucky young boy, Harrison from Rugby, has become an internet sensation. Sainsbury’s have even released an interview with him on their social channels and he even got to switch on the Christmas lights in his local town! Furthermore, Sainsbury’s have done an impressive job of engaging with users about the advert and much like Lidl, have teased John Lewis in the process:

Phew.. what a night! It's been lovely seeing all your feedback about our new Christmas ad! We're off to our beds now, so it's lights out from us! We'll see you all at 7am tomorrow for more #PlugLife, Kris. pic.twitter.com/h512RIn1o8

The slight irony, as Sainsbury’s have been criticised by some for creating an ad that is very similar to John Lewis’ Queen tribute advert earlier in the year, which also featured a school play and a big musical number. Putting those accusations aside, it is a great advert with a lovely family vibe. 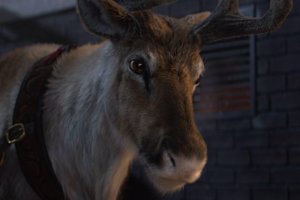 We wanted bells and Santa and finally, they’ve mcdelivered! The #ReindeerReady advert shows Santa and his reindeers flying from house to house, but unfortunately, no one has left out any carrots for the reindeers. The poor reindeers are exhausted, so Santa stops at a Mcdonald’s and buys a sack-load of carrots for them. A truly traditional advert that is sentimental and heart-warming. There is nothing more magical than the idea of Santa flying through the sky at Christmas and to make Mcdonald’s little packs of carrots relevant to Christmas is genius. If this doesn’t make kids choose the healthy option for their Happy Meal we don’t know what will! The advert has received high praise from social users with some even saying that it made them cry! 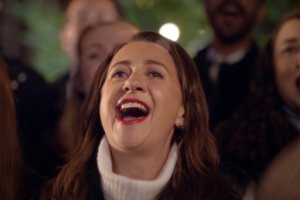 Boots have managed to capture the genuine love between a mum and daughter in their ad this year. It successfully highlights the usual female conflicts and interactions between a mother and daughter, such as the daughter using her mum’s perfume, then the daughter gets ready to go out with friends but her mum forces her to remove her bright pink lipstick. The daughter is, of course, annoyed but watches her mum sing in a choir in a bright red shade of lipstick and decides to buy her mum the lipstick for Christmas. This is all whilst singing a spoof version of Robbie William’s ‘She’s the One’ in a northern accent. The lyrics say “if there’s somebody spoiling my fun, she’s me mum.” We’re definitely able to relate to this at PHA Social, however, general social reaction to the #GiftsThatGetThem has been mixed. Some consumers have said that the advert ‘sends out the wrong message’ as the removal of lipstick could be interpreted in a few different ways. Other criticism comes from those who have branded the advert insensitive, as not everyone has their mother with them at Christmas. It is becoming increasingly difficult for brands to know what will offend consumers, as social media makes it so easy to voice criticism, but overall, for every negative comment there is a positive comment for this advert and boots should be happy to be a part of conversations around feminism and social good.

As a wise man once said, ‘don’t fix what is not broken’; The formula of snow and Santa at Christmas never fails to impress, and this advert has plenty of both. Santa lights a cannon whilst a crowd dressed in sequins, onesies and festive jumpers run through the snow. There are motorbikes, a polar bear float full of toys, and even a man riding a Christmas tree! Most importantly, there is plenty of product placement with an amazing feast of turkey, macaroons and every sweet treat you could ever want! It must have been a very difficult advert to film because of all the fast motion movement and for that we commend Asda. Disappointedly, Asda hasn’t been very active on social in comparison to their competitors, the advert could have really of benefited from a hashtag to direct consumers to the conversation. They also released the advert at the start of November, which was perhaps a little too eager.

Overall, it’s been a good year for Christmas adverts and of course, the winner is up to interpretation, but for PHA Social, it’s the Boots advert. We admire brands that are brave enough to take on old classics and evoke emotion and response. Christmas is such a crucial and competitive time for brands, standing out can be tough but sticking to tradition and getting that perfect balance of humour and sentiment is definitely the way forward.

If you need any help with telling your story on social, PHA Social is able to provide you with a compelling campaign that is both relevant and timely using all of the latest industry insight. Contact us here. 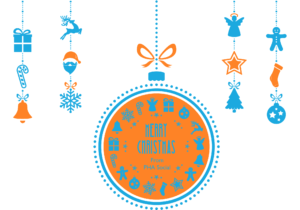