For 50 years CES has been setting the bar when it comes to innovation in technology. Once again, this year, we saw  companies exhibiting some of the most exciting products on the market at the moment, technology that will shape the industry in 2018, and visions of what’s to come in the next ten years. But with nearly 4,000 companies exhibiting, which companies managed to cut through the noise? Here’s our look back at some of the ‘best in show’.

The ‘tech for good’ sector is growing exponentially every year, and there were some great applications of new technology on show at CES this year. However, the most noteworthy and heat warming was ‘My Special Aflac Duck’, a robotic smart toy designed to help children diagnosed with cancer cope through their treatments. With calming heartbeat-like pulses, and disks which children can tap against the toys chest to mirror and express their emotions, this is one special smart toy. What’s more – the companies behind the project have committed to providing the duck to cancer programmes for free. 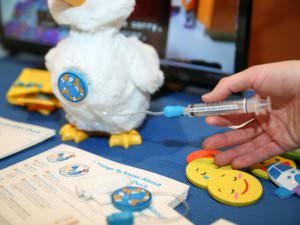 Even though there were a number of new headset reveals at CES this year, the most exciting VR announcement at CES this year didn’t come from a household name in the industry. Start-up Black Box VR is building the gym of the future, using motion-tracking controllers and specially designed workout equipment. Leading the way in the VR Fitness market, the company plan to set up boutique high-tech gyms in San Francisco this year. 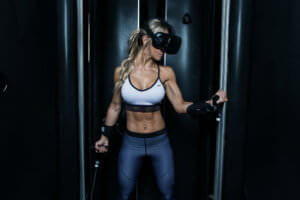 There were an endless number of transport announcements at CES this year, and one of the companies attracting the most attention was Toyota. In a move that signalled their moved to a mobility service company Toyota unveiled its new e-Palette vehicle. With a modular interior and different length and sizes depending on its needs. The concept video featured the vehicle in a variety of different capacities, including transport trucks, ridesharing, a mobile office and even a pizza delivery vehicle. 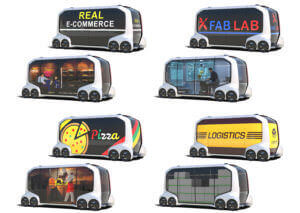 The wearables sector is another sector which has grown at a phenomenal rate in recent years. One of the best pieces of wearable tech on show at CES this year came from an unexpected company – L’Oréal. It’s new UV Sense, which is about the size of a drop of water, sticks to any part of your body or clothing, and tells you when you’re exposing yourself to too much UVA and UVB light. At just £30, this piece of tech could save lives. Google caught up in the voice assistant race with a significant push for its smart ‘assistant’ – its answer to Amazon’s Alexa and Apple’s Siri. In a staggering display of its vision for the future, Google exhibited more than 350 voice-controlled devises in its exhibition space. According to google Assistant is now capable of completing over one million different actions.